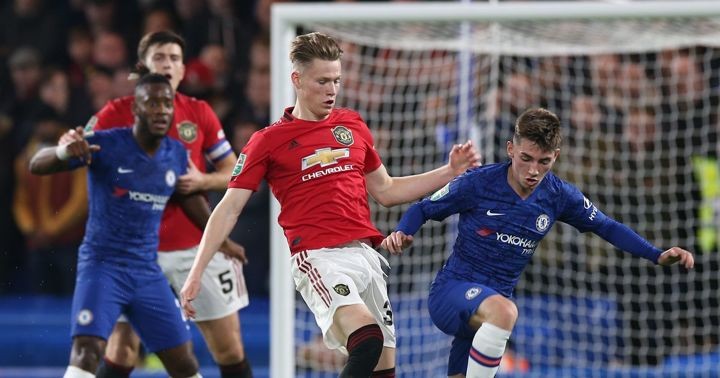 Chelsea youngster Billy Gilmour has revealed details of a message of support he received from Scott McTominay earlier in the season.

The 18-year-old burst onto the scene this year with a series of mature performances for Frank Lampard's side and has established himself a regular member of the first-team squad.

Gilmour announced himself onto the world stage with an incredible display in Chelsea's win over Liverpool last month, but it was his performance against United earlier in the season which earned McTominay's praise.

The Scottish youngster faced his compatriot in midfield back in October as United won 2-1 in the Carabao Cup fourth round thanks to Marcus Rashford's excellent brace.

Speaking over the weekend Gilmour named McTominay as the toughest player he has faced in his career, and revealed the text message he received following his display earlier in the season.

"In training (Cesar) Azpilcueta trains like how he plays really high tempo," Gilmour told a FIFA 20 charity livestream when asked to name his hardest opponent.

"In game wise it has probably been Scott McTominay. Not just because he is Scottish. I found it really difficult.

"No rivalry, I don't know him that well. After the match he did text me and said 'just keep doing what you're doing'. So I thought that was really nice of him.”