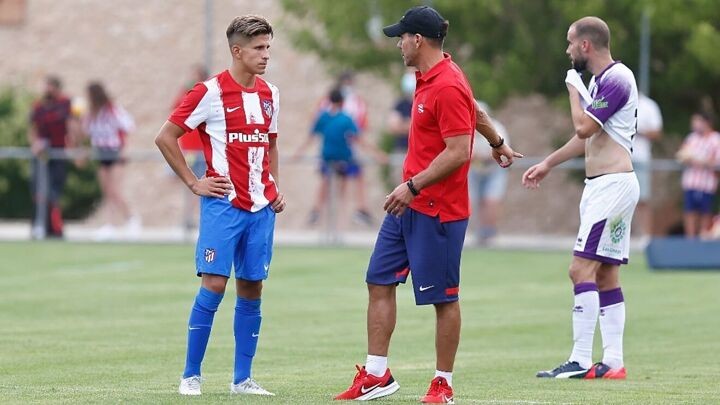 Giovanni Simeone has heard his father say a number of times, while performing well in Serie A, that coaching a son would be tough to do, but he had to watch his brother Giuliano debut for Atletico Madrid under their father's orders on Friday.

In Atleti's first summer friendly, Giuliano impressed by showing all of the characteristics that Giovanni, when in form, is also praised for having. He had belief, fight, grit, and showed all of the above as he managed to create a goal from nothing against Numancia.

Barely three minutes had been played by the time Simeone battled his way through before lifting his head to Mario Soriano to open the scoring.

Another point of note from the evening was Saul Niguez, who might well be experiencing his final few days with Los Colchoneros. He couldn't have had a worse night, either, losing the ball cheaply in a move that then led to Diego Suarez's equalising goal.

Numancia fought back to level, and the game ended 1-1 before Atletico won on penalties.