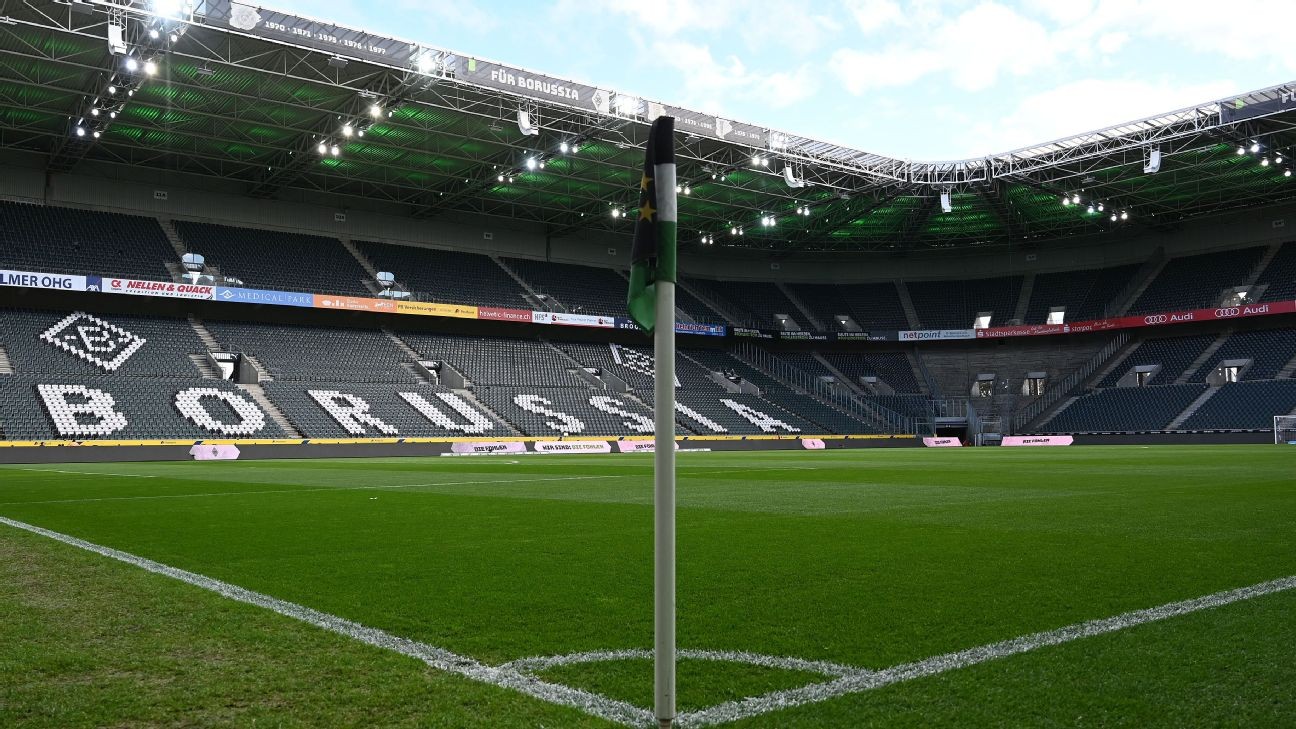 Julien Laurens reacts to Hans-Joachim Watzke's comments about financial aid during the Bundesliga suspension. Gab Marcotti reacts to chief executive Christian Seifert's fears surrounding the survival of the Bundesliga. Steve Nicol thinks domestic leagues finishing out their seasons is the only fair way to decide titles.

Borussia Monchengladbach players will waive part of their salary amid concerns that the coronavirus crisis could lead to several clubs in the Bundesliga collapsing.

The former Bundesliga champions are the first team in German football to take such measures.

The Bundesliga is suspended until at least early April and is not expected to resume before late April, the current date given by authorities for schools to reopen.

"For the next few weeks and months we have to realise that only a continuation of the Bundesliga games -- without spectators -- will allow many clubs to survive economically," sporting director Max Eberl said in an interview.

"The players know what's going on. It's their job, they have already informed themselves and thought about it. The team has offered to forego salary if it can help the club and its employees.

"The coaching staff joined in, just like our directors and managing directors."

Earlier this week, German Football League (DFL) CEO Christian Seifert said he was concerned that the Bundesliga could run into an existence-threatening crisis should the ongoing crisis end the season prematurely.

Seifert warned that "tens of thousands of jobs" are at stake and that more than half of the 36 clubs making up the upper two tiers of German football could be erased from the landscape.

Without any more matches this season, the DFL clubs could lose around €750 million in revenue from broadcasting, ticketing and sponsoring.

On Wednesday, Borussia Dortmund CEO Hans-Joachim Watzke also warned that the Bundesliga "must finish the season as otherwise things would become financially dramatic that things would change in football we currently do not want to even think of." On Thursday, Kicker reported Watzke is waiving a third of his monthly salary of €160,000.

Meanwhile, in France, Lyon have announced that they have put their sporting staff on partial unemployment during the suspension of Ligue 1 due to the coronavirus pandemic.

Lyon president Jean-Michel Aulas has been vocal that his club should not miss out on Champions League qualification and its financial windfall in the event of a null and void season.

Partial unemployment is a measure taken by employers, where 70% of the employees' gross salary is covered by the state, which equates at around 84% of the net amount.

"Given the measures taken by the authorities to combat the spread of COVID-19, which has led to the suspension of all competitions and training sessions, Olympique Lyonnais, like other Ligue 1 clubs, can report that it has put all of its sports staff on partial unemployment until further notice," the club said in a statement.

"OL have also put part of its administrative employees on partial unemployment. The other employees have been placed on 'working from home.' For those whose physical presence is necessary for the continuation of their activity, they continue to operate at the Groupama Stadium site in compliance with strict prevention measures against the coronavirus."

Although the majority of Lyon's South American players have remained in France, controversial figure Thiago Mendes has joined compatriots Neymar and Thiago Silva in returning to Brazil until the coronavirus pandemic eases.

KPMG estimate that Ligue 1 clubs stand to collectively lose between €300m and €400m if this campaign is ultimately deemed to be a null and void term.