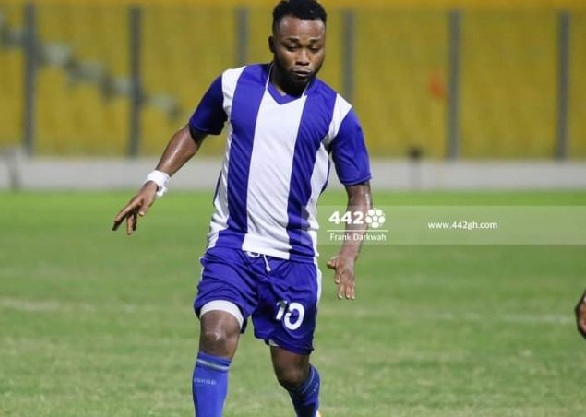 Awako has been sensational for the Wonder Club since he returned to the domestic league.

The midfield supremo has been phenomenal for the Accra side who are enjoying their best run of form in several years.

And the former Berekum Chelsea star says he took the decision to join Olympics to avoid unnecessary pressure on himself.

"It was a very good decision to join Olympics when I finally decided to come back home,” Awako told the Graphic Sports.

“I wanted to come home to kick-start my career and needed to be with a club without pressure, and Olympics provided me with that.”

His experience in club football started in 2006 when he played for Wa All Stars. The player moved to Heart of Lions in 2008 where he spent two seasons and left for Spain on loan with Recreativo de Huelva in 2010.