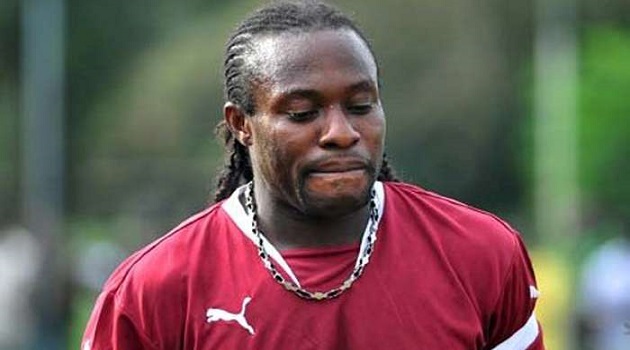 Former Ghana midfielder Godwin Attram has finally opened up on why he was not successful at Dutch giants PSV Eindhoven.

The retired player made the breakthrough move to PSV in 1998 when he was 22 years after excelling for boyhood club Great Olympics.

However, he failed to make a single appearance much to the surprise of many who had tipped him to be successful.

In an interview on Saturday, Attram revealed that failure to secure a work permit in the European country denied him the opportunity to play for the Rood-witten, who had tipped him to replace Ruud van Nistelrooy.

"I had my chance at PSV. I signed a contract for two years and five years making it seven years. However, it was hard to get a work permit in the Netherlands. They demanded that I get married there to get the permit. The management told me about this," he told Joy Sports.

"I was asked to come and serve my country (U20). Two days before the tournament, I was surprisingly dropped. When I tried to return to PSV, the Dutch people did not want me to enter. PSV took the case to authorities.

"PSV saw me as the next Romario. They had a plan for me to sign for Barcelona or Real Madrid. Usually, PSV players go to those teams unless they do not play well."

He added, "Due to the permit issue, they decided to send me on loan to Denmark. I trained with Silkeborg IF for one session and the management wanted to sign me."

"PSV were monitoring me during the time. They saw I was doing well and wanted to bring me back to Van Nistelrooy when he was set to move to Manchester United. However, work permit became an issue again. Hertha Berlin made an offer but PSV did not accept.

"A club from Portugal also made an offer but they did not accept. The work permit was still not done so I told my godfather about it.

"He found an agent who informed me of a big offer from Japan. My friends asked, ‘what are you going to do there?’ Later I was informed of an offer from Tunisia to revive my career. I told my godfather about it and he said ‘okay, you can go’.”