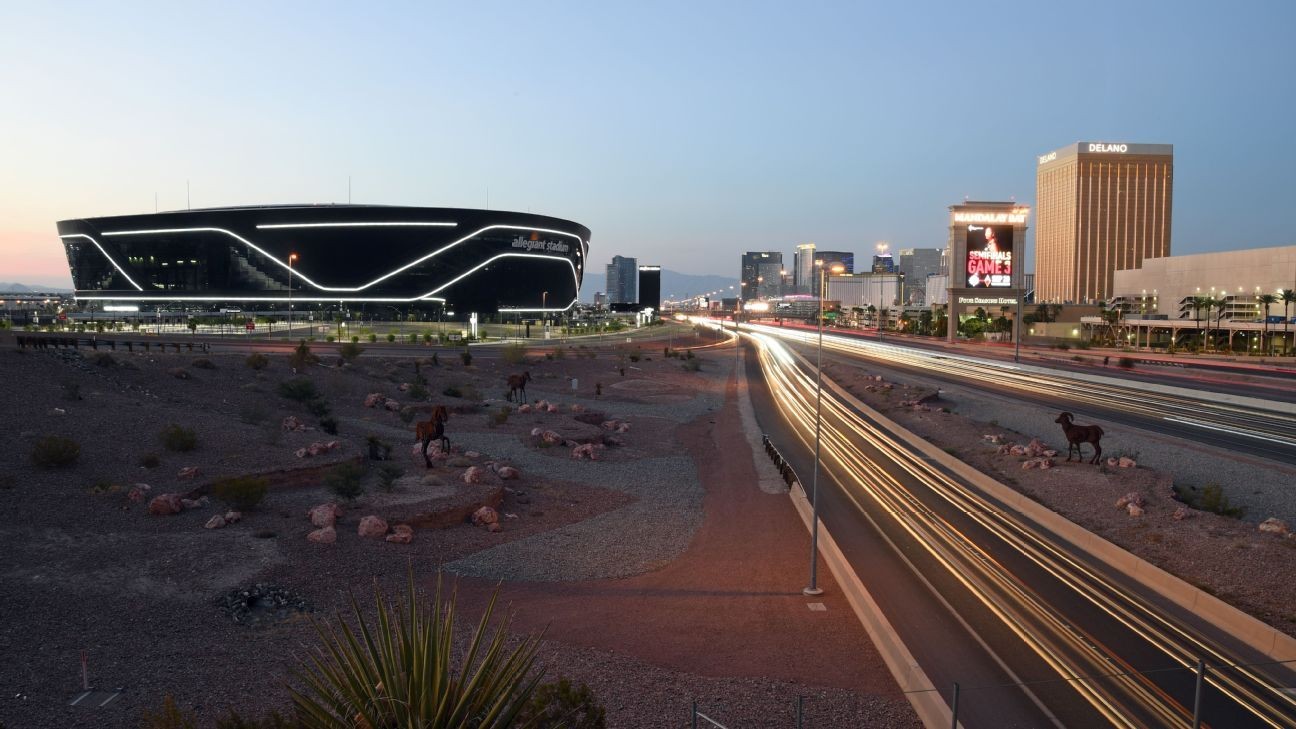 The 2021 Gold Cup final will be held at Las Vegas' Allegiant Stadium on Aug. 1, CONCACAF announced on Tuesday.

The match, held at the home of the NFL's Las Vegas Raiders, will be the first time a Gold Cup match is played in the city in the event's 30-year history. The Los Angeles metropolitan area has hosted the most Gold Cup finals, with the Los Angeles Memorial Coliseum hosting four finals, and the Rose Bowl in nearby Pasadena hosting two.

"At CONCACAF we are very excited about this summer's Gold Cup and we know that Las Vegas and Allegiant Stadium will provide a great host city and venue for the final," said CONCACAF President and FIFA Vice President Victor Montagliani. "2021 is CONCACAF's 60th anniversary year making this edition extra special for players and fans. The federations and their teams are looking forward to this tournament with great anticipation and it is fitting that the regional champion will be crowned in such an outstanding venue and famous city."

The region's top players will likely not take part in the tournament, given that those playing with European clubs will be in preseason. United States men's national team manager Gregg Berhalter had said previously that his Europe-based players -- such as Chelsea's Christian Pulisic, Juventus' Weston McKennie, and Barcelona's Sergino Dest -- would be given time off following the CONCACAF Nations League final in June, and ahead of World Cup qualifying, which is set to begin in September.

The top young players for Mexico and Honduras will also be taking part in the Olympic men's soccer tournament, which is set to run from July 22 to Aug. 7 in Japan.

The U.S. is in Group B with Canada, Martinique and the winner of qualifying among Haiti, St. Vincent and the Grenadines, Bermuda and Barbados.

Defending champion Mexico is in Group A with El Salvador, Curaçao and the winner of qualifying among Trinidad and Tobago, Montserrat, Cuba and French Guiana. Costa Rica, Jamaica and Suriname are in Group C with the winner of qualifying among Guatemala, Guyana, Guadeloupe and Bahamas. Honduras, Panama, Grenada and invited guest Qatar, next year's World Cup host, are in Group D.

Those teams seeking to qualify to the group stage will play a preliminary round from July 2-6 at Inter Miami CF Stadium.