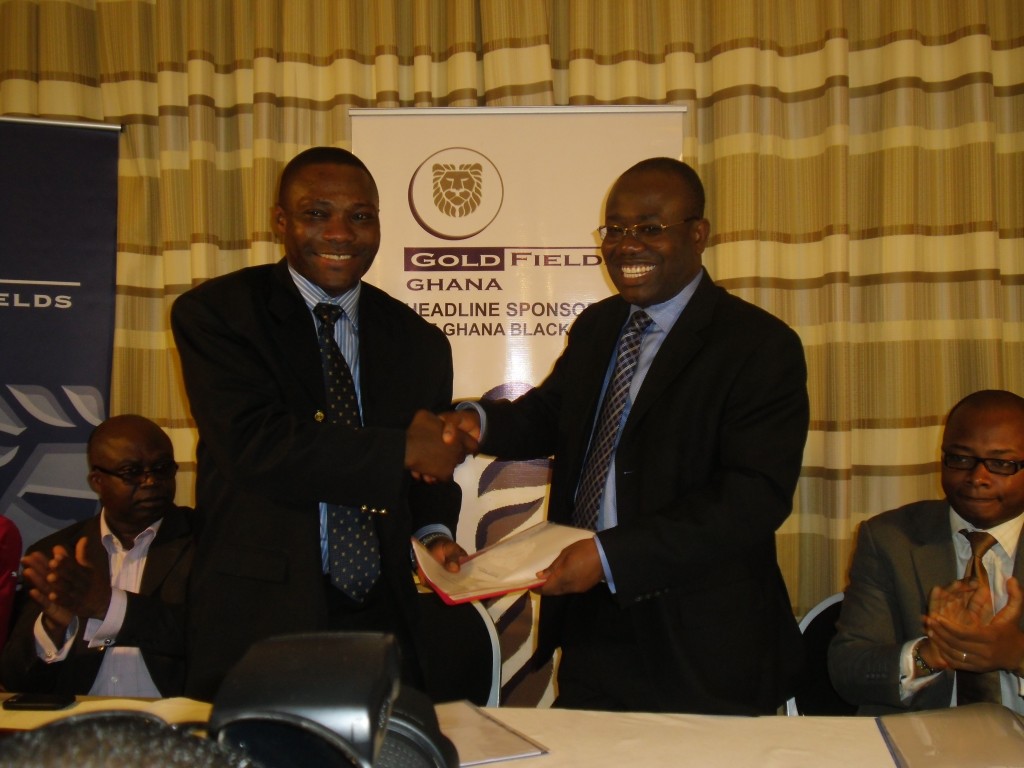 The new deal which is an extension of the previous $1.2m per year signed three years ago was disclosed at a press conference held at the plush Movenpick Hotel in Accra.

Goldfields first signed to sponsor the Black Stars in 2005, a relationship which was largely credited for Ghanaâ€™s maiden participation at a senior world.

Part of the sponsorship deal is used to foot the monthly wages of Ghana coach Goran Stevanovic pegged at 30,000 euros.