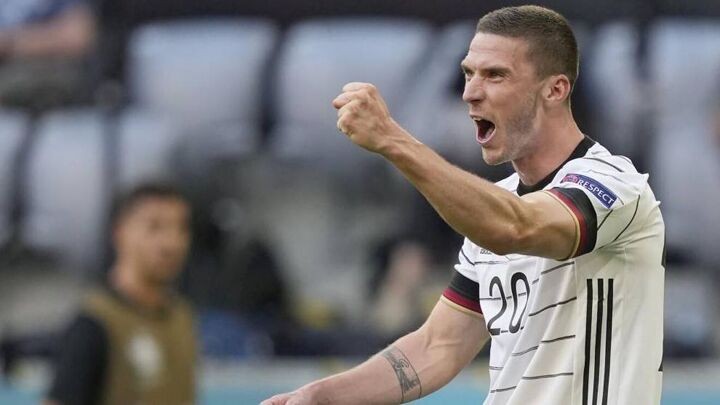 Robin Gosens was the best player on the pitch as Germany destroyed Portugal 4-2 in Munich, with a goal and three assists to his name.

While the three points were the most important objective for the German side, Gosens also managed to exact some revenge on Portugal superstar Cristiano Ronaldo.

The Atalanta full-back, after the game, revealed how he had asked for Ronaldo's shirt after facing Juventus in Serie A, only to be shunned by the former Real Madrid man.

"After the game against Juventus, I wanted to fulfil my dream of getting Cristiano Ronaldo's shirt," he said in the post-match press conference.

"After the final whistle, I went up to him, I didn't even go to the fans to celebrate.

"I asked him: 'Cristiano, can we swap shirts?' He didn't even look at me and just said no.

"I was totally red [faced] and embarrassed. You know that moment when something embarrassing happens to you and you look to see if someone has noticed? I felt like that and tried to hide."

The story spread across the Atalanta dressing room and, in the end, his teammates bought him a Ronaldo shirt as a joke.

However, it was Gosens who had the last laugh after his display against Portugal, as he did not ask for Ronaldo's shirt after the game.

"This time I didn't ask for his shirt," he said.