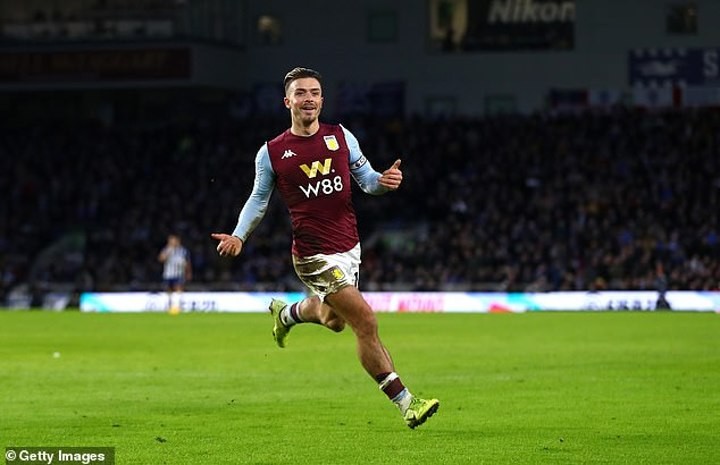 Jack Grealish has admitted he'll miss the stick from fans when the Premier League restarts behind closed doors, as he pointed to the star who taught him how to thrive off the energy of hostile crowds.

England's top-flight will return to action later this month, but with the noticeable omission of crowds at all games.

That may prove both a curse and a blessing for Grealish, who has often found himself a target for opposition supporters.

This was no more obvious than last season when he was attacked on the pitch by a Birmingham City supporter during the derby, when he was punched from behind.

Despite the aggro that comes with it, however, Grealish insists it is something he loves, and something that will be sorely lacking when he returns to the field in two weeks' time.

"I love all that," Grealish told the Express and Star. "I love when people are on my back and targeting me.

"I always remember when I was a kid – and I am not saying I am anywhere near his level – but Cristiano Ronaldo used to come to Villa and the fans used to absolutely cane him.