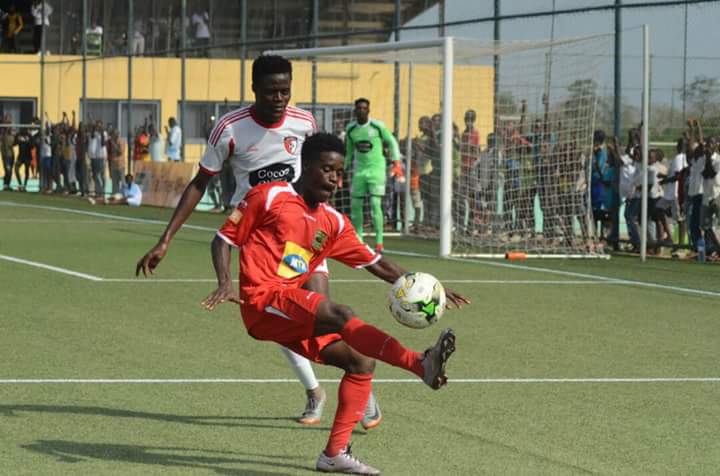 Great Olympics have asked about the availability of Asante Kotoko winger Kwame Boahene, according to local reports.

The Accra-based club are in the market searching for experience players to bolster their squad ahead of the new season and have inquired about Boahene, who is struggling to find his feet in Kumasi.

The 26-year-old's contract with the Porcupine Warriors lads will run out next month with several clubs lined up for his signature.

Great Olympics have already announced the signing of Emmanuel Clottey and Godfred Saka ahead of the 2019/20 season.

Boahene joined Asante Kotoko on a three-year deal in 2016 from Medeama SC for a transfer fee around Gh¢ 95,000, according to reports.

He helped Asante Kotoko to clinched the 2017 MTN FA Cup after whipping their arch-rivals Hearts of Oak in the final staged at the Tamale Sports Stadium.

Boahene was part of the Ghana U20 team that won silver at the 2013 Africa U20 Cup of Nations and bronze at the FIFA U20 World Cup held in Turkey.