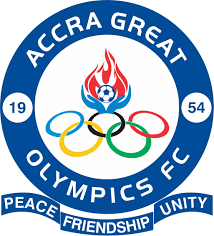 In an apparent show of boisterousness and arrogance, General Manager of Accra Great Olympics Oluboi Commodore has hit back at sports journalists claiming boycott of his side’s home matches following a recent attack on photographer Senyiuedzorm Adadevoh Awusi.

The battle between The Wonder Club does not show any promise of ending now as the leading member of the club does not show signs of remorse for the condemnable attack of the photojournalist let alone to apologise.

The leadership of the Sports Writers Association of Ghana (SWAG) condemned the assault on the journalist with many individual journalist announcing their boycott of Olympics matches in solidarity with their colleague.

But the GM of the club has called the bluff of journalists threatening to boycott their home matches insisting ‘… even Donald Trump’s inauguration was boycotted by some people but didn’t stop him of becoming U.S Presidennt.’

Speaking to Accra-based Class FM in an interview, Oluboi Commodore said “If journalists have decided to boycott our games, that is their right. People said they were boycotting the inauguration of Trump. Some did but he is still the president.”

“I can’t stop or beg any journalist from exercising their civil right. They have the right to do so.

“Their boycott of our matches won’t affect us in anyway,” he added.

The photojournalist at the center of this controversy was restricted from taking photos when Olympics played WAFA at the Accra Sports Stadium a few weeks ago with some fans verbally assaulting her.

The incident which occurred under the glaring view of the General Manager who was in support of the fans’ action has invited the anger of many journalists across the country but the leader of the club maintains that restricting the journalist was the best decision for the club.

It is however unclear as to why she was restricted from taking the photos, a role she has been performing for years with a legal accreditation from the Ghana FA.