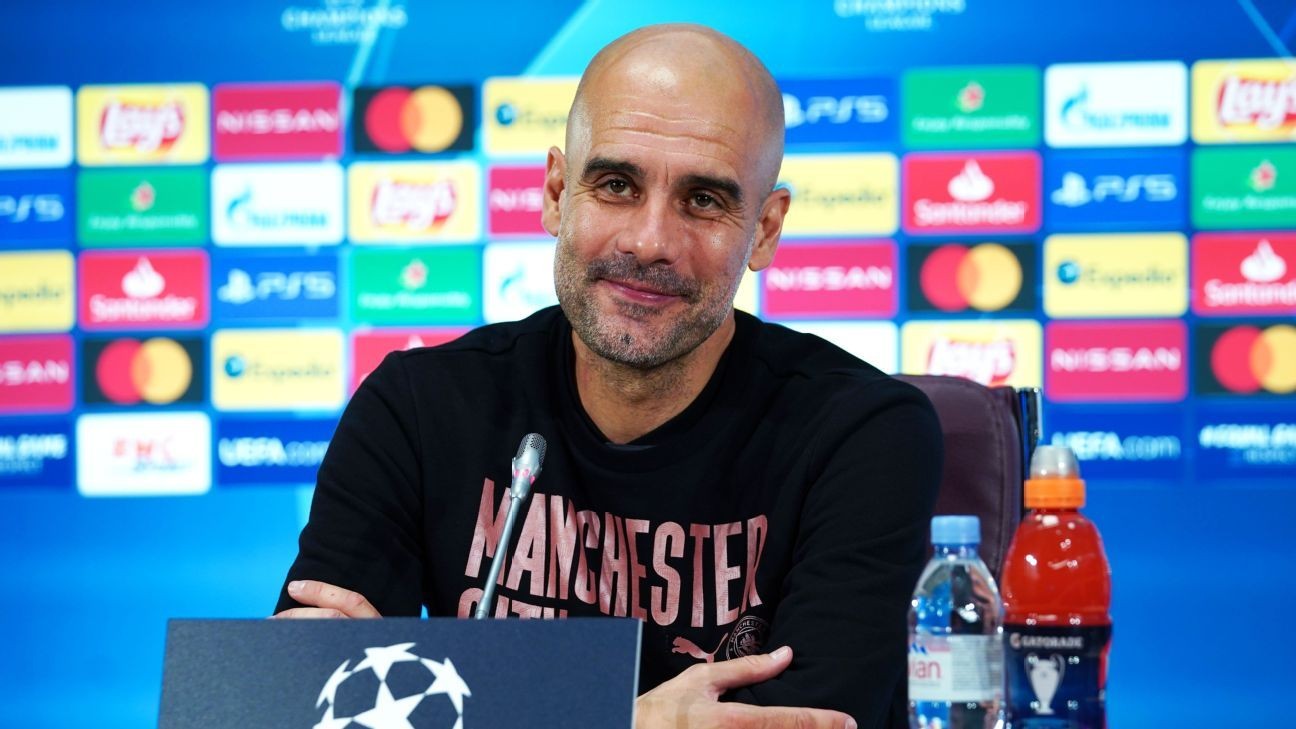 Manchester City manager Pep Guardiola has said he has a "good feeling" about this season's Champions League as he looks to end his 10-year drought in the competition.

Guardiola has never been beyond the quarterfinals during his time at the Etihad Stadium but said he can sense an opportunity to lift the trophy for the first time since 2011 when he was in charge of Barcelona.

"I have a feeling we will do really well this season," Guardiola told a news conference on Monday ahead of City's trip to Olympiakos.

"I don't know why but I've felt it from the beginning, since we lost to Lyon [in the quarterfinals during the 2019-20 season].

"The season is so young and I'm very optimistic we are going to do good this season."

Victory in Greece on Wednesday would see City reach 12 points in Group C and qualify for the knockout rounds with two games to spare.

Guardiola's team have scored nine goals in three Champions League games but are struggling to find the net in the Premier League.

They have managed just 10 goals so far this season, their lowest total after eight games since 2006-07 when they finished 14th.

"The manager has to find a way [to solve the problem]," Guardiola added. "I have to adjust something, it's in my hands.

"I have to find a way of doing what we did in the previous seasons. We have enough players to score and we are going to do it."

Guardiola has no new injury worries following the 2-0 defeat to Tottenham on Saturday but Nathan Ake remains sidelined with an injury picked up during international duty with Netherlands.