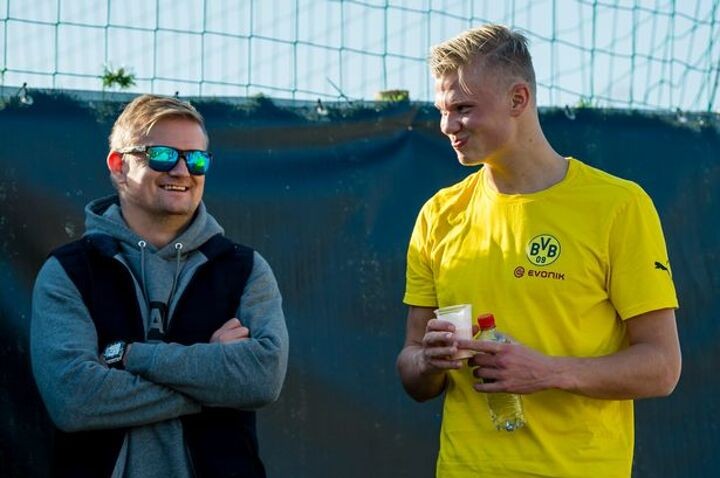 Manchester United face no shortage of obstacles as they look to pull off one of the most sensational signings in their recent history by bringing Erling Haaland to Old Trafford.

Chief among these stumbling blocks is the eye-watering £100million-plus fee it would take to prise Haaland from Borussia Dortmund this summer.

This has led the Red Devils to explore other means of signing the Norway striker without paying a nine-figure sum up front, including the possibility of a part-exchange deal involving Anthony Martial.

But United chiefs cannot solely focus on assembling an attractive deal for Dortmund; they must also do the same for Haaland himself.

Indeed, while Ole Gunnar Solskjaer's side are credited with significant interest in the 21-year-old, they face rivals in England and from further afield for the youngster's signature.

Premier League-champions Manchester City and Champions League-holders Chelsea are among those in the race for Haaland, while Spanish giants Real Madrid are monitoring the situation.

On the surface, United have an advantage over the competition due to Haaland's relationship with compatriot Solskjaer.

The United boss signed Haaland while managing Molde in 2018 and the pair remain in regular contact to this day.

But former Nottingham Forest, Leeds United and Manchester City star Alfe-Inge Haaland does not necessarily see his son's relationship with Solskjaer as a positive thing.

Speaking last year, Haaland senior warned that the situation with managers can change very quickly, often leaving players high and dry should they not see eye to eye with their new boss should their old one be sacked.

"You have to go to a club where the whole club wants you, not just the coach," Alf-Inge told Scandinavian outlet TV2 last year.

"I think that’s the most important thing, in addition to how the club has been over the last five or ten years and what direction they’ve taken. Because it’s dangerous to just sign for a coach, because he can suddenly be sacked."

Haaland's fears are certainly valid given the succession of managers to arrive and depart Old Trafford over the last eight years, namely David Moyes, Louis van Gaal and Jose Mourinho.

But the Red Devils appear to have changed tack in recent seasons by sticking with Solskjaer and trusting he will bring steady progress to the club.

Solskjaer was appointed on an interim basis in late 2018 and permanently the following year, and he signed a new three-year deal this month.

Club chiefs have shown a willingness to back him in the transfer market - as shown by their big-money pursuits of Jadon Sancho and Raphael Varane - which suggests Solskjaer will be given plenty more time to end United's four-year trophy drought.

This will go a long way to allaying Alfe-Inge Haaland's fears - and it could further boost United in their pursuit of Europe's most-coveted prospect.