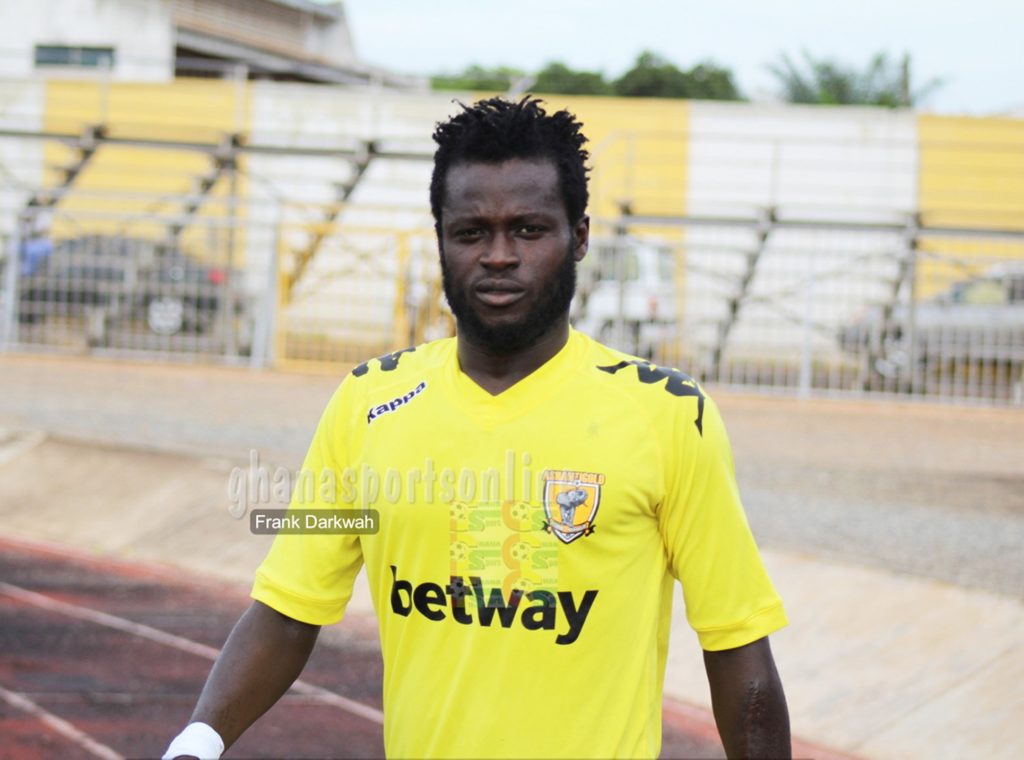 AshantiGold SC have re-signed attacking midfielder Hans Kwofie as they look to strengthen their attacking force for the remainder of the season.

Kwofie is joining the Miners on a short-term deal after his stints with Puchong Fuerza in the Malaysian third tier came to an end.

The 30-year-old left AshantiGold after winning the Ghana Premier League goal king in the 2016/2017 campaign where he netted 17 goals.

Kwofie moved to Egyptian side Smouha SC in 2018 but failed to impress leading to a mutual termination just after some months.

He later moved to Tanzanian top-flight side Singida United FC where he spent about two seasons before heading to the Asia.