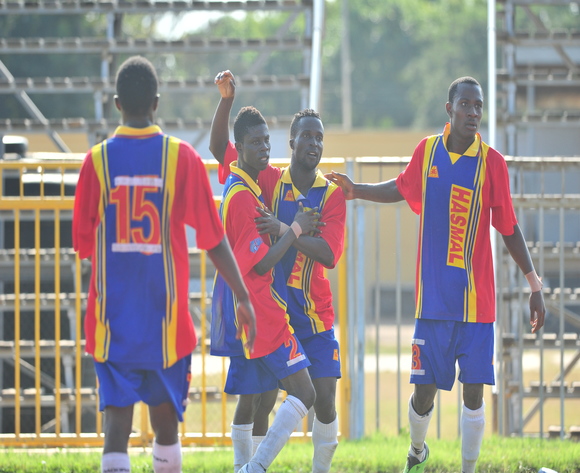 Hasaacas brushed aside Liberty with a 2-0 win at the Essipon Stadium to progress to the fourth round of the MTN Ghana FA Cup on Sunday.Â

The Sekondi-based had already beaten Liberty 3-1 at the same venue during the first round of the Ghana Premier League and were dominate again.

Frederick Quayson, Joseph Mugre and Michael Boakye were too powerful for Liberty who had centre-backs James Dissiramah and Samuel Sarfo pick up yellow cards before the 20th minute mark.

Dangerman Quayson was felled inside the box after getting the best of Dissiramah and made his way into the box.

Boakye clinically put that one away with panache and goalkeeper Kotei Blankson was left with very little to do.

But before the matchâ€™s opener Liberty smashed the woodwork from an expertly taken free-kick from left back Tuffour Frimpong.

Hasmal made changes and substitute Joseph Agyemang made it 2-0 on 68 minutes with a thunderous strike which went through the net.

Liberty initially protested but for a short period and the controversy was put to rest when referee Desmond Abbey went inside the post to point out the torn net.

The visitors nearly reduced the deficit when Tuaha Khemis struck the woodwork again.