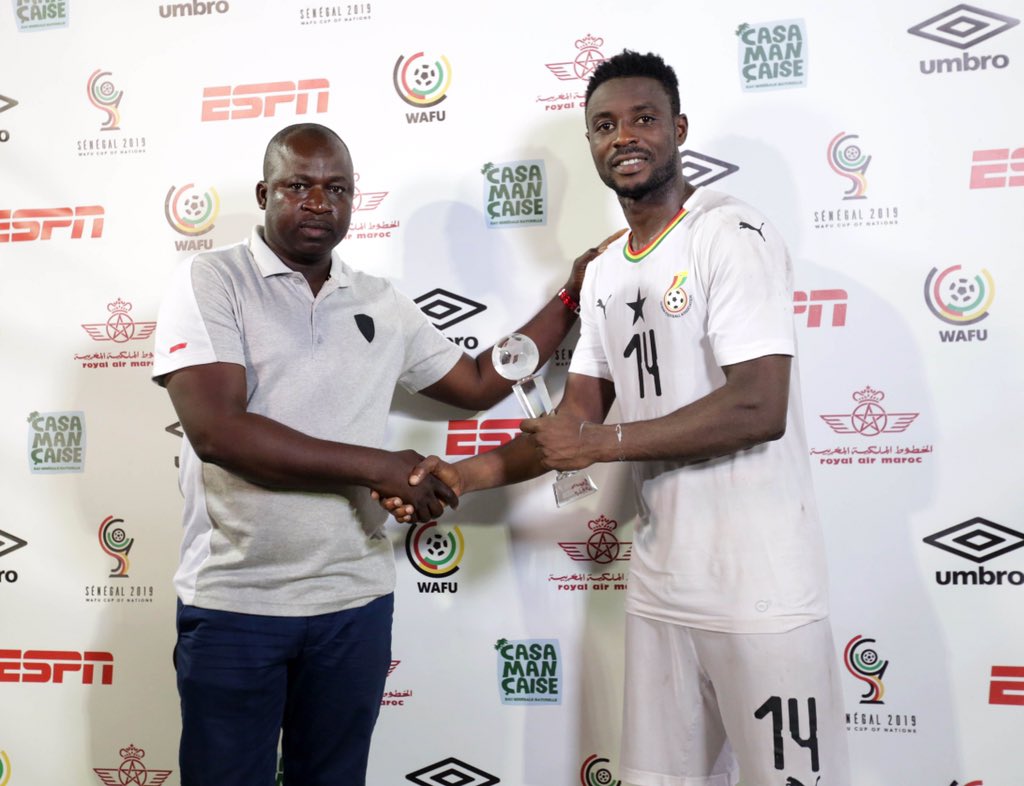 Black Stars B captain Shafiu Mumuni was named Man of the Match in Ghana's 3-1 win over Ivory Coast in the WAFU Cup of Nations semi-final after netting a hat-trick.

The AshantiGold skipper became the first person to score three goals in one match in the history of the tournament.

He snatched the go-ahead goal before the half time whistle by firing home after a  goalmouth melee.

Five minutes into the second stanza, Mumuni was at hand again to score his third-a header from inside the box after a prosaic delivery from Latif Anabila to paralyse the Ivorians from staging a comeback.

Mumuni has scored fourth goals in this year's tournament.