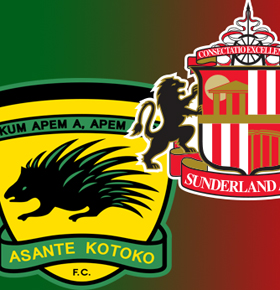 The television broadcasters of Ghana Premier League Metro TV have decided to pull the plug on matches by Kotoko.

This is as a result of the vandalism of some supporters of the Porcupine Warriors who destroyed some of Metro TV expensive equipment.

The fact that they also attacked the sports commentators from Metro TV is utterly despicable and must be condemned by all.

But denying the entire country the chance of watching matches of Kotoko because of the actions of misguided few is one criticism that Metro TV's action has also faced.

The fact also that they have been paid by SuperSport to provide the best Ghana matches on their channel Â is another reason why Metro TV has been criticized.

Also for those subscribers of DSTV who have paid hundreds of US$ to watch the matches have also been denied their right because of Metro TV action.

Do you think Metro TV have the right to stop Kotoko matches despite the vandalism?

Have they disrespected DSTV's subscribers who have paid to watch the matches?

Or must Kotoko pay the price for the conduct of their players regardless of the fact that there is a contract biding contract between DSTV, SuperSport and Metro TV?

Make your views known in the box below