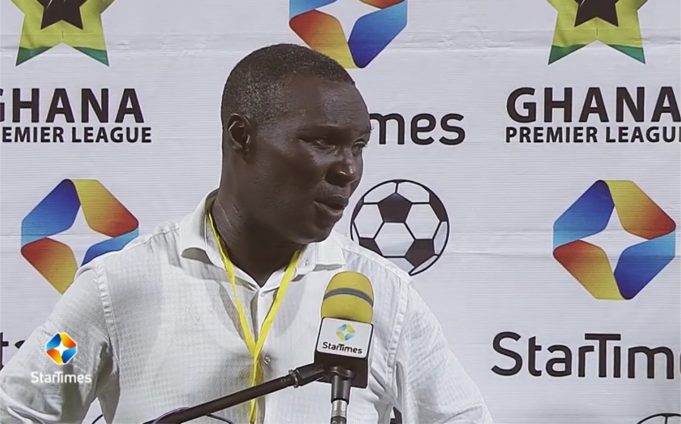 Hearts of Oak coach Edward Nii Odoom has expressed dissatisfaction after his side succumbed to a late equalizer from Ashantigold to draw 2-2 in their first game of the 2020/21 Ghana Premier League season.

The Phobians twice took the lead through Kwadwo Obeng Jnr but Ashantigold fought back and snatched a late equalizer in injury time through Hans Kwoffie.

“I am very disappointed about the result," said Odoom after the game. "Because this game is not a game of draw, we should have killed this game in the first half, even in the second half we created all the chances in the game,” he added.

“I think a lack of concentration affected us, so I am very disappointed,” he concluded.

The Accra based giants had to start their season with the clash against Ashantigold after their opening day match against Aduana Stars was postponed due to cases of COVID-19.

But Hearts were later cleared after a second test returned negative, allowing them to be the season on Tuesday.

The 20 times champions will next play regional rivals Inter Allies at the Accra Sports Stadium on Sunday.