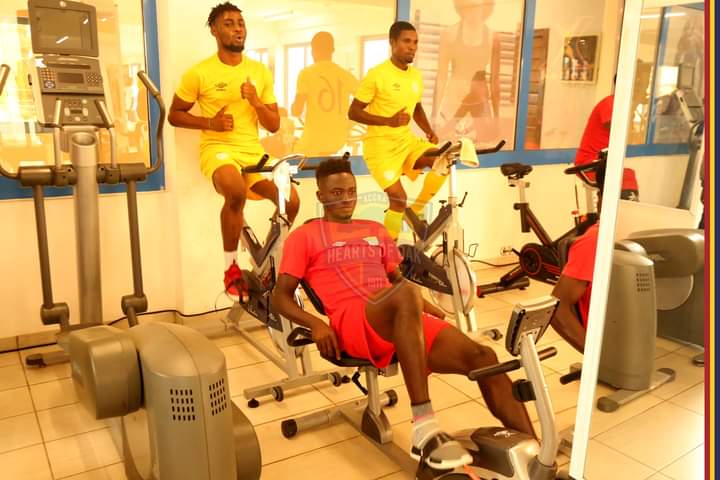 The 2020/21 Ghana Premier League is set to start on November 13 according to the new calendar released by the Ghana Football Association (GFA). This announcement and new date which has been welcomed by all the major stakeholders have seen some clubs kick-starting their preparations ahead of the new season.

A week ago the President Nana Akufo-Addo lifted the restrictions on all contact sports and gave the green light for football activities to commence from October 30, 2020, with strict adherence to the COVID-19 protocols.

“With respect to football, after due consultations with the Ghana Football Association, it has been decided that the Ghana Premier League and the Division One Football League will restart on Friday, 30th October, with a full regime of testing of the players, technical and management staff”, Nana Akufo-Addo said in his 17th State of the Nation Address on the easing of COVID-19 restrictions.

The Ghana Football Association following the decision by the government to lift the restriction on football activities released the football calendar for the season which starts from November 13- July 19, 2021.

Per the directives from the government, players, officials and staff must be tested for the coronavirus before the season begins.

Some Premier League sides such as Hearts of Oak, King Faisal have already begun preparations without testing their players for the COVID-19. Hearts of Oak players were pictured in a gym whilst there were reports of King Faisal organizing a ‘justify your inclusion’ at the Paa Joe Park to select players.

Bechem United currently is the only team to report on players to have undergone the COVID-19 testing ahead of the team’s group training today.

Dr Aboagye Dacosta the leader of the Risk Communication for COVID-19 National Response Team on the restart of the season confirmed that government will bear the cost of testing for Premier League and Division One league players.

“Government will pay for the COVID-19 testing of the players of the Division and Premier League players”, he confirmed in an interview on Happy FM.

With the league expected to kick off in November, it is still on known when the government will communicate to the clubs on the testing of the players ahead of the new season.

Most GPL teams will conduct private testing for their players in order for them to begin early preparations ahead of the new season.