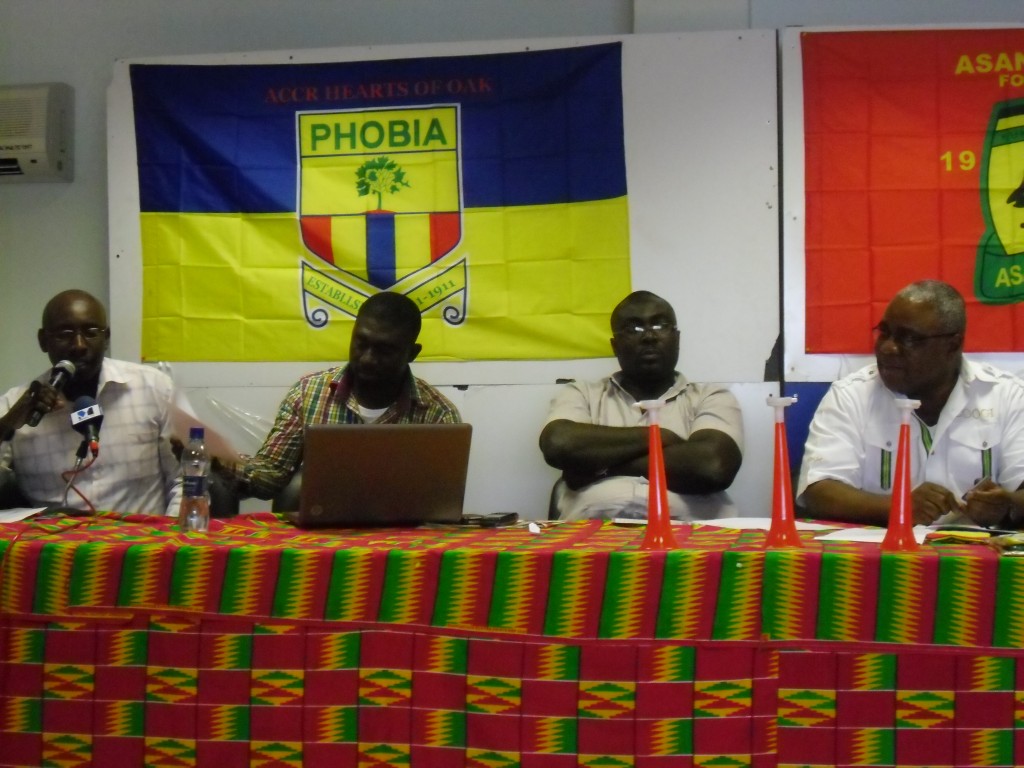 The return leg of the innovative pre-season friendly between Hearts and Kotoko dubbed â€˜Super 2â€™ will come off at the Accra Sports Stadium on Saturday as originally planned.

This was confirmed at a press conference held by organizers â€˜Kome To My Aid Internationalâ€™ a non-governmental organization who aim to raise funds for charity using football.

There have been series of speculations in town suggesting the match might not be honoured due to a musical concert billed to take place at the same venue but this fear has been allayed.

â€œI have heard several reports that this match will not come off because of a musical concert here but this is news to me,â€ Safety manager at the National Sports Council (Custodians of the Stadium) Smart Abbey said at the press conference.

â€œAnd even if that was the case, first and foremost this place was built purposely to serve football needs and that is why the tartan tracks were taken off from this place.

â€œTherefore I declare this facility available to the match organizers and to assure the safety of every individual who intends to come to the game on Saturday.

"We will be having a National Security meeting later today to discuss the match and therefore I can assure the safety of everyone coming to the game on Saturday."

Saturdayâ€™s kickoff time is at 3pm with both sides evenly pegged at 1-1 in the first leg played in Kumasi last week.