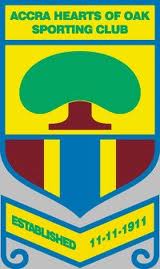 Hearts of Oak have denied media reports they have concluded negotiations to play Bolton Wanderes on 13 November in Accra as part of its centenary anniversary in Accra.

Reports in the local media have been rife that the 2000 Caf Champions League winners have sealed a date for the friendly to be played at the Ohene Djan Stadium.

But the club have moved quickly to dispel the speculations.

"Itâ€™s not true that we have agreed to play Bolton Wanderes. That is far from that. Weâ€™re working on few proposals and at the appropriate time the name will be made public. But as far as we're concerned there is no such Bolton thing," the club's spokesperson Albert Commey told GHANAsoccernet.com

Hearts have chalked some enviable successes over the past years including 20 Premier League titles, Caf Champions League title and the Caf Confederation Cup