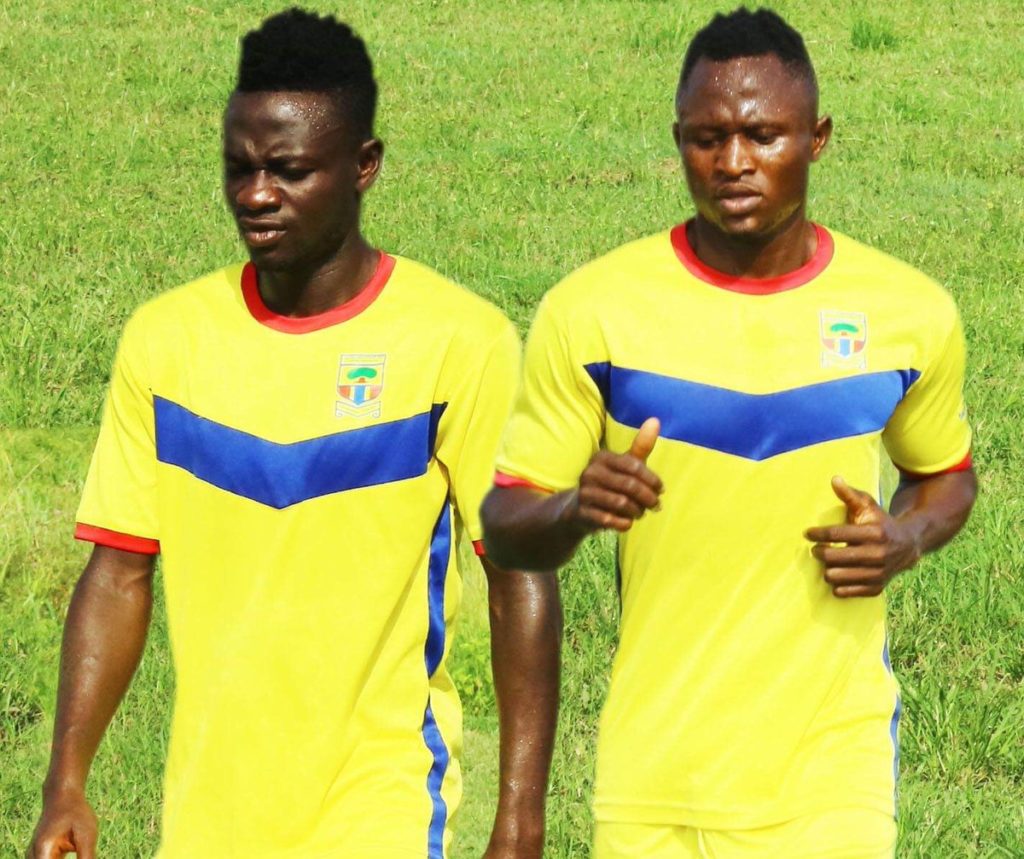 Hearts of Oak are reported to have left striker Joseph Esso and captain Fatawu Mohammed from their final squad for Sunday’s Presidential Cup encounter against Asante Kotoko.

According to media report, Esso was excluded from the Match-day squad after missing training on Monday and Tuesday due to illness but recovered to finish the rest of the week strongly.

Esso is keen to move away from the Phobians after several clubs expressed their interest in signing him following his swashbuckling display for the Black Stars B at the WAFU Cup in Senegal.

But reports indicate that the capital-based outfit have no interest in losing their prized asset ahead of the 2019/20 Ghana Premier League campaign.

Fatawu however is reported to have been axed after rejecting a new contract from the club.

The right-back has been locked in contract talks with the club for sometime now but reports suggest both parties are yet to find a common ground.

He is reported to have missed training for the past seven days due to the negotiation lockdown.

Hearts of Oak will be lock horns with sworn adversaries Asante Kotoko in the 2019 President's Cup at the Baba Yara Sports Stadium on Sunday.