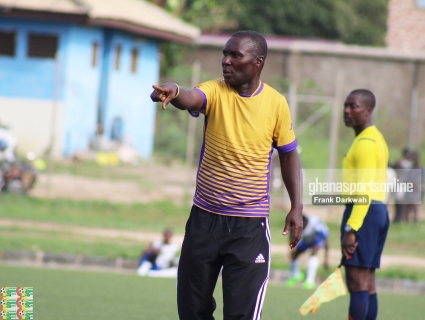 Edward Odoom has been promoted as interim coach of Hearts of Oak ahead of the 2019/20 Ghana Premier League.

The veteran trainer was given the nod to handle the Accra-based giants after management of the club ordered head coach Kim Grant to step aside on Tuesday.

Grant was told to step aside because he has not got the required coaching stripes to be in the dugout when the Rainbow club host Berekum Chelsea in the 2019/20 Ghana Premier League opening fixture.

This is the second time Nii Odoom has been handed a stop-gap role at the club since joining last year from Tema Youth.

He was given the role when the Phobians sacked Henry Wellington last year September.

Hearts of Oak will play Berekum Chelsea at the Accra Sports Stadium on Matchday One of the Ghana Premier League on Saturday, December 28, 2019.