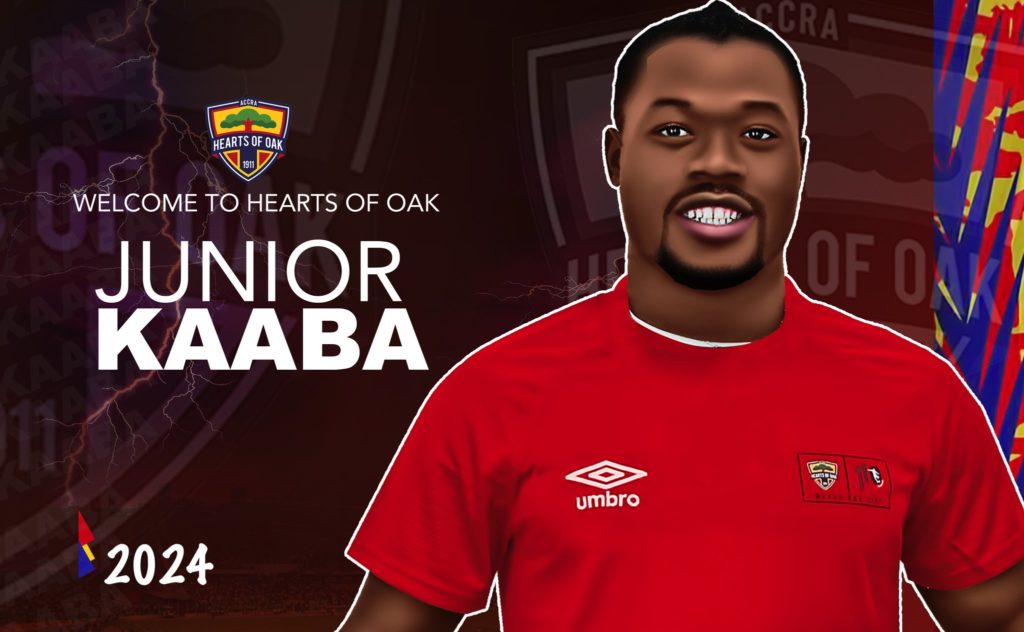 Hearts of Oak have officially announced the signing of Cameroonian forward Junior Kaaba ahead of the subsequent season, GHANAsoccernet.com can report.

The Phobians concluded negotiations with Cameroonian club Fauvre Azur Elite and the player and his representatives few months ago over the switch to the Ghana Premier League.

Kaaba arrived in Ghana last week to undergo his medical examination and complete all necessary documentations before his announcement by the Phobians.

He has signed for the Ghanaian giants on a two-year contract with an option for another year for an undisclosed amount.

The 23-year-old ended the 2021-22 season by bagging 11 goals and most impressively, he provided 5 assists in the process for his club Fauvre Azur in the Cameroon Elite League.

Kaaba would fancy taking part in the Ghana Premier League after a successful campaign by his compatriots Georges Mfegue Omgba and Franck Mbella Etouga for bitterest rivals Asante Kotoko in the Ghanaian high-flight in the past season.

Kaaba was a member of the Cameroon national team that had been getting ready for the CHAN 2023 Qualifications earlier before departing for Ghana to continue his career.