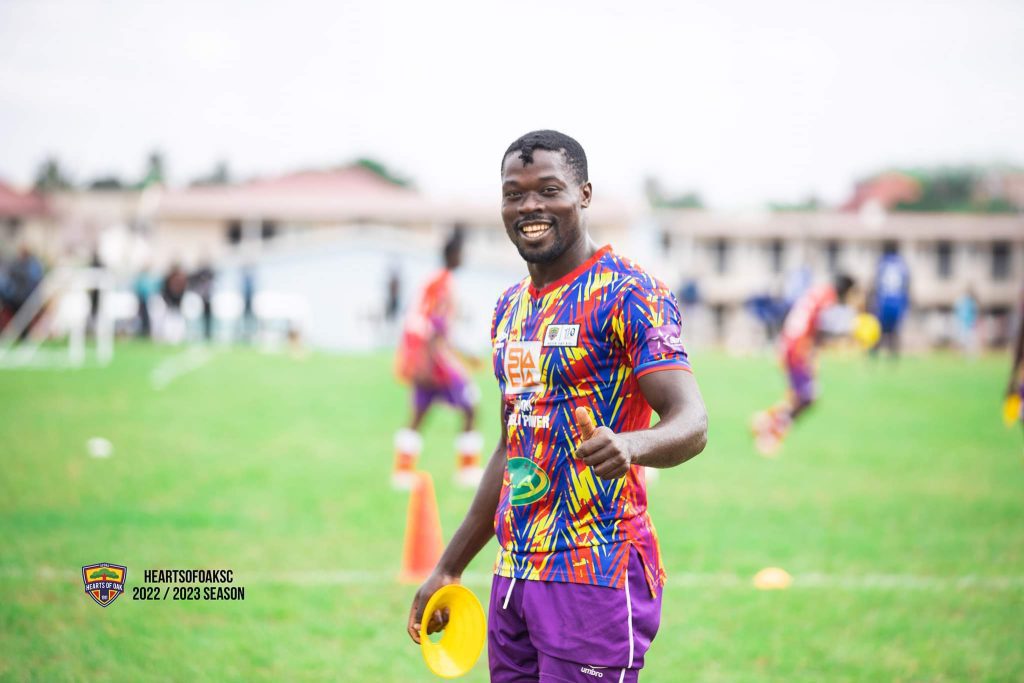 The Phobians decided to mutually terminate their employment contract with the Cameroonian following the recommendation by head coach Slavko Matic who hasn't been impressed with the forward.

The 23-year-old joined Hearts in August last year on a three-year deal after an impressive display in the Cameroonian championship with Fauvre de Azur Elite FC.

Kaaba has managed six appearances in the Ghana Premier League since the beginning of the 2022-23 season where he failed to hit the back of the net in the process.

He also played both games in the two-legged CAF Confederation Cup tie against Malian side AS Real de Bamako and failed to score too.

Hearts presently sitting at the 4th position on the league standings with 16 points after ten rounds and are also in the next round of the FA Cup, a competition they are currently holding.

Kaaba becomes the second player to be released by Hearts after the contract termination of defender Mohammed Alhassan few days ago.