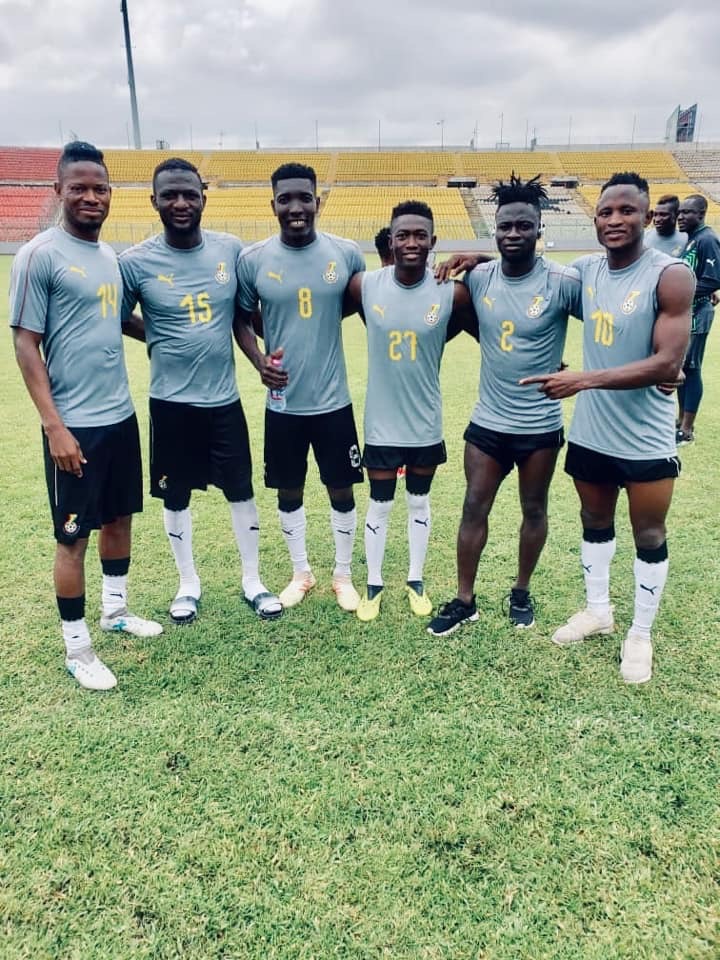 Hearts of Oak players invited to the Black Stars ‘B’ for the upcoming  Championship for African Nations (CHAN) qualifiers against Burkina Faso took a group photograph after the team’s training session held at the Baba Yara Sports Stadium.

Maxwell Konadu’s side is dominated by Hearts of Oak players with about seven of them named in the squad.

Players from the fold of Accra Heats of Oak who would made it to the team are goalkeeper, Gabriel Nudakpa, Mohammed Fatau, Mohammed Alhassan, Benjamin Agyare, Abdul Manaf, Benjamin Afutu Kotey and Joseph Esso.