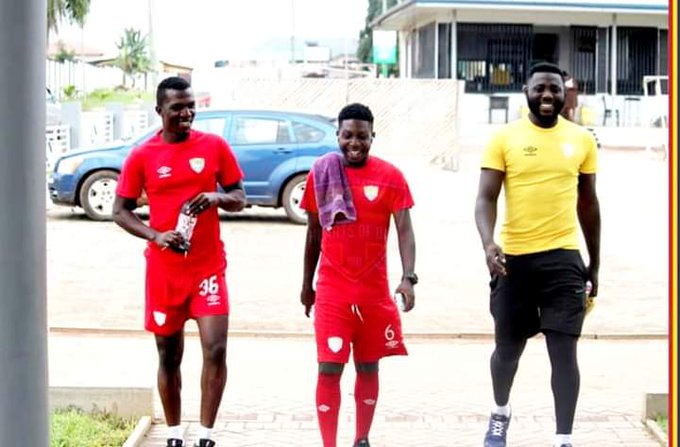 Players of Ghanaian giants Hearts of Oak have expressed readiness for the upcoming campaign.

The Phobian have started gym work after the restrictions on contact sports was lifted by President of the country Nana Akufo Addo.

The Accra based club are yet to start preseason training, but captain Fatawu Mohammed and forward Abednego Tetteh have revealed how poised they are for the upcoming campaign.

“The ultimate is to win silverware next season and, we are leaving no stone unturned in making sure that the team will be ready to go when the opening whistle sounds,” Fatawu told Hearts Media.

His comments were backed by striker Abednego Tetteh who said, “we cannot wait for the start of the new campaign as we want to repay the club for the faith, they have shown in us.”

The Phobians have not won the Ghana Premier League since the 2008/09 campaign.

The Ghana Football Association (GFA) has announced that the 2020-2021 season will commence on November 13th after a six month hiatus.

Meanwhile, the Division One League is scheduled to start on December 3, 2020.

The 2019-20 season was cancelled following the outbreak of the coronavirus pandemic.