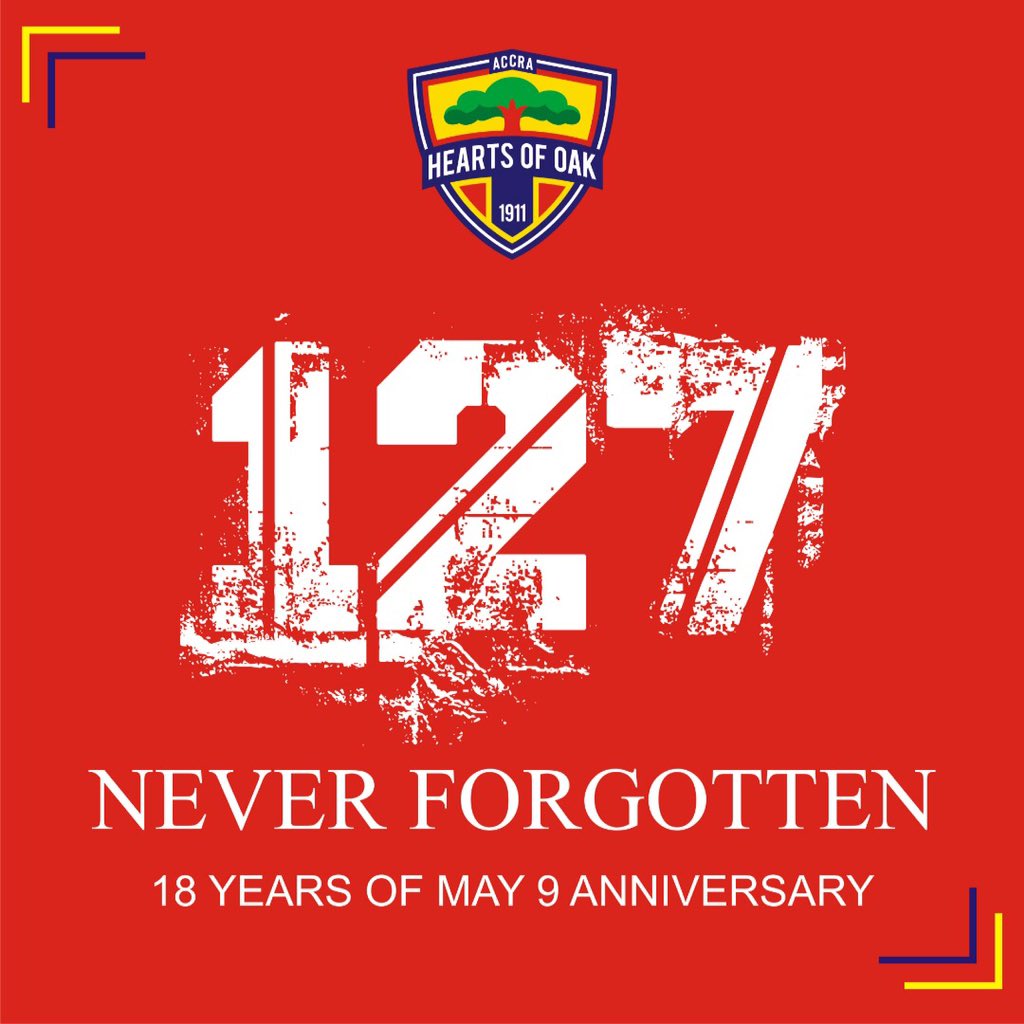 On Wednesday, the team observed a minute silence for all the lives that were lost and today the Rainbow club has lined up a series of activities to mark the day.

On 9 May 2001, 127 football fans died at the Accra Sports Stadium, making it Africa's worst ever sports-related disaster.

The fans were in Accra that night to watch a match between hosts Hearts of Oak and rival club Asante Kotoko.

The visitors were up 1-0 near the end of the match, but Hearts of Oak scored two late goals to take the lead.

With about five minutes left, frustrated supporters in agitation that Ishmael Addo scored the equaliser from an off-side position began ripping seats out of the stands and throwing them onto the pitch.

The police responded by firing tear gas into the crowd, causing a panic. Most of the victims were crushed in the ensuing stampede, while a few died from suffocation.