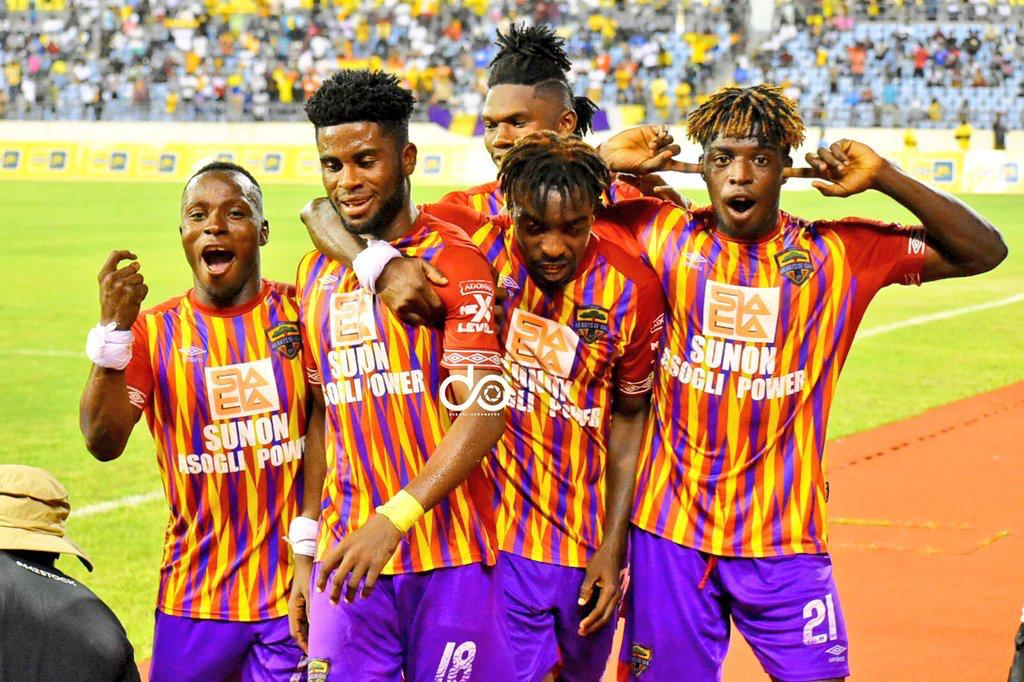 Hearts of Oak have reportedly been fined $5,000 by Confederation Football African (CAF) for hosting their last Champions League match on a ‘terrible pitch’.

The Phobians, in the first qualifying round, hosted Guinean side CI Kamsar in a single leg match played at the Accra Sports Stadium on Sunday, September 19.

But it is said that CAF were not pleased with the state of the pitch and have fined the Ghanaian champions.

Hearts won the match 2-0 with goals from Kofi Kordzi and Salim Adams in the last 10 minutes to book their place in the next round of the competition.

Their reward for overcoming the Guinean side is a clash with Moroccan champions Wydad Casablanca.

Hearts will host the first leg in Accra but following the reported fine, the Phobians have to work on improving the pitch.

The match is scheduled for October 15 with the return leg on October 22 in Casablanca.

The winner will advance to the group stage while the loser has a chance in the CAF Confederation Cup.