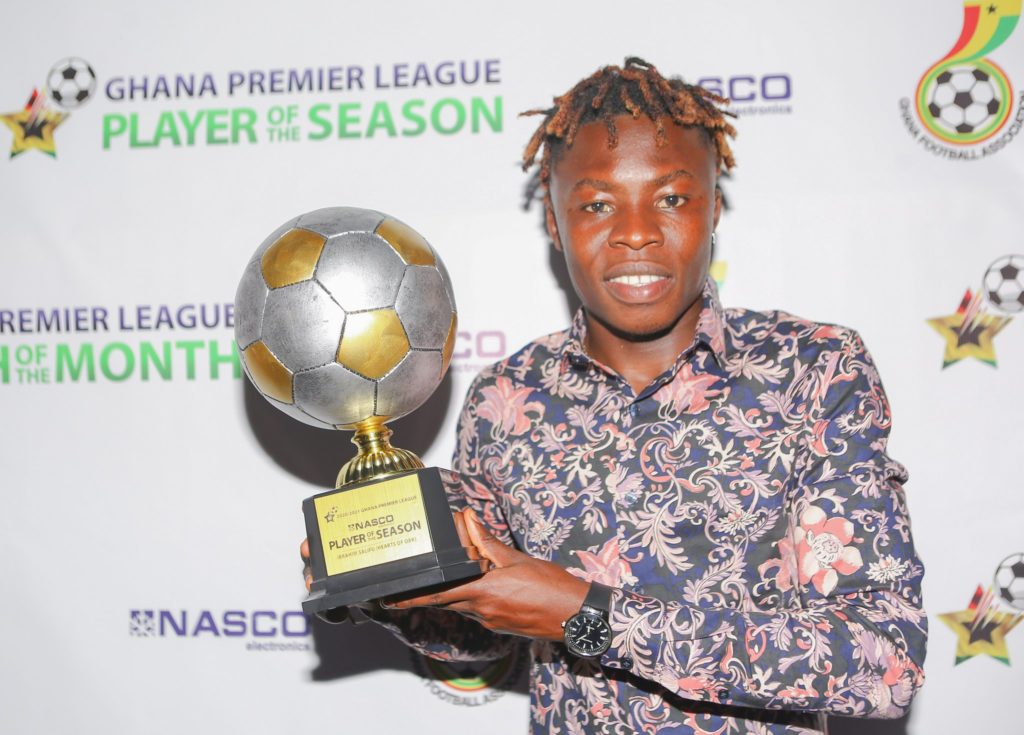 Hearts of Oak midfield dynamo Ibrahim Salifu has expressed delight after being crowned Player of the Season at the Ghana Premier League awards.

At a mini ceremony held at the Electroland office in Accra, the nimble footed player thanked his teammates and fans of the club for helping him win the award.

"I'd like to thank the board chairman, thank my coaches for starting with coach Ignatius and ultimately coach Boadu for their guidance. A very big thank you to our supporters. Thank you so much for everything," he said.

Salifu was the star of Hearts of Oak as they won the double last season, winning the league and the MTN FA Cup.

Although he joined from Eleven Wonders in the second half, the skillful midfielder had a huge impact on the team.

✨I am very glad to receive this award. Thanks to all my teammates & technical team members @Txiwonders & @HeartsOfOakGH who helped in making this dream possible. To Nana Ameyaw Manu & Togbe Afede XIV, thanks for the opportunity to serve your Clubs. pic.twitter.com/Lygykdctn4