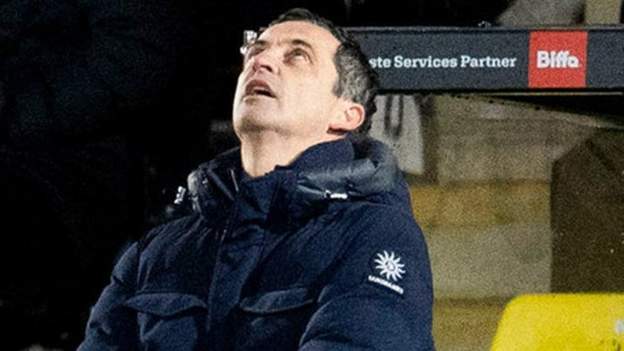 Jack Ross has left his role as Hibernian manager just over a week before he was due to lead them out in the Scottish League Cup final.

The 45-year-old's exit comes after Wednesday's 1-0 defeat by Livingston left his side with one league win in nine games.

Hibs have slumped to seventh place in the Scottish Premiership, 11 points off third.

Jack said on Wednesday evening that he would "take ownership" of the defeat.

The Leith side take on Celtic in the League Cup final at Hampden on Sunday, 19 December.

Ross, who took charge at Easter Road a month after his contract was terminated by Sunderland in October 2019, led Hibs to a seventh-place finish that season and up to third last term, as well as the Scottish Cup final.