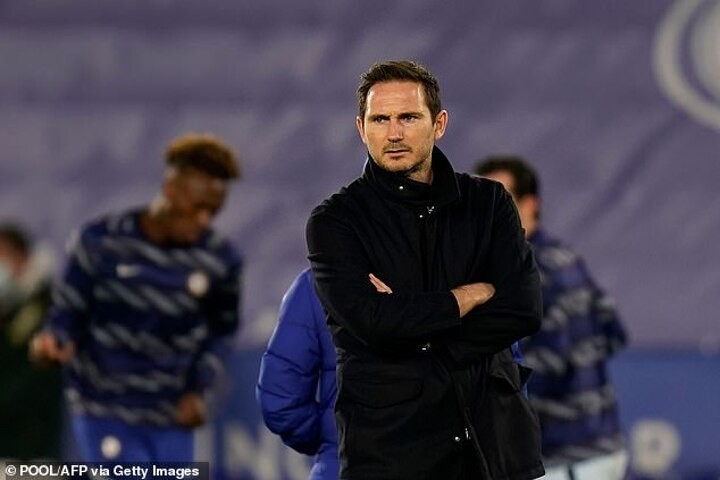 Guus Hiddink managed only 22 games of Frank Lampard's glittering career, but the Dutchman has revealed he saw enough to know the Englishman can turn Chelsea's form around.

The Blues have one win from five Premier League games and have sunk to ninth, 11 points behind league leaders Manchester United – placing the Blues icon under dangerous pressure.

Chelsea's £220m spending last summer has become a burden on the inexperienced coach's shoulders, with star signings Timo Werner and Kai Havertz yet to hit their stride.

Lampard is facing a tough job but Hiddink, who lifted the FA Cup with the midfielder in 2009, is confident the under-fire boss can rejoin Chelsea's well-trodden path to success.

'Frank is a very honest and direct person,' Hiddink told the Mirror. 'He was such a big player for Chelsea, but he will ­understand that what you did as a player counts for very little when you become a manager.

'I don't see Frank ­panicking in this situation. He is a very stable person who believes totally in himself.

'Working with Frank, I recognised very quickly that I had a player who had all the qualities to go on to become a top coach. Off the pitch, he is a good person; on the pitch, he was always one of the most intelligent players.

'Frank was always one of the players I spoke to in the days leading up to a game to help me get my thoughts across to the squad.

'For me, the plan had to be put in place in the days ­before the game – and when I spoke to Frank about what I wanted, he was always able to understand.

'That, for me, is the sign of a ­footballer who can move into ­coaching. I respect Frank so much. I valued him as a big player and a big person.'