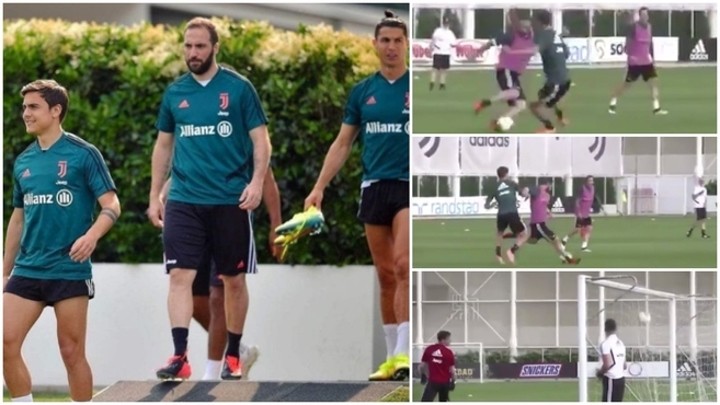 Juventus striker Gonzalo Higuain silenced some of his critics on Thursday after scoring a wonderful goal in training.

A photograph surfaced of the Argentine striker walking out to training with Paulo Dybala ahead of him and Cristiano Ronaldo behind, and it seemed as though Higuain had put on a fair amount of weight during confinement.

There was some bad news for Higuain, though, as he had to withdraw from the session due to muscular problems in his right leg, but the medical test afterwards ruled out an injury.