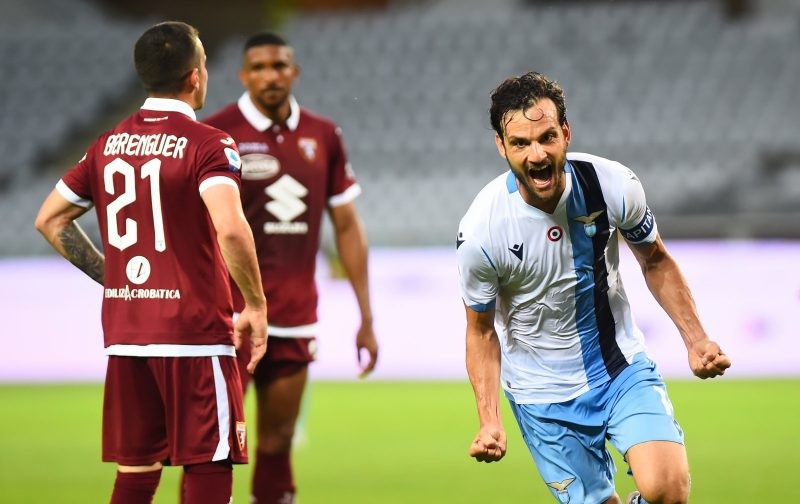 Lazio recorded their second comeback victory in four days as the Scudetto chasers recovered from an early setback to beat Torino 2-1 at the Stadio Olimpico Grande Torino.

Andrea Belotti put the hosts in front from the penalty spot after just three minutes, but second half strikes from Ciro Immobile and Marco Parolo secured victory for the Aquile in a repeat of Saturday’s clash with Fiorentina in Rome.

The result leaves Lazio just one point behind Serie A leaders Juventus, putting pressure on the champions ahead of their trip to Genoa later on Tuesday. Torino, fresh off a 4-2 defeat to Cagliari, made three changes as Lyanco, Simone Verdi and Sasa Lukic came into the starting line-up and Armando Izzo, Alex Berenguer and Simone Edera dropped out.

Simone Inzaghi made one change to the side that beat the Viola 2-1, bringing in Stefan Radu for Bastos, but had to watch on from the stands after being sent off at the end of that match. The hosts enjoyed a dream start when Immobile was penalised for handball inside the box, handing Belotti the chance to send Thomas Strakosha the wrong way from 12 yards.

Immobile earned a yellow card for his offence and Felipe Caicedo also picked one up later in the first half, meaning both strikers will be suspended for Saturday’s clash with AC Milan.

Lazio took charge of the match as Torino sat back and looked to strike on the counter, with Immobile clipping the bar from a good position before firing over another chance, and Francesco Acerbi having a headed goal disallowed for offside.

The Aquile started the second half as quickly as their hosts had begun the first, as Luis Alberto threaded a pass through to Immobile, who fired a pinpoint left-footed finish into the far bottom corner.

It was the 29th Serie A strike of the campaign for Immobile, equalling his own record from 2017/18 for the most goals by a Lazio player in a single season. The capital club continued to dominate proceedings against a tiring Torino side and eventually completed the turnaround after 73 minutes.

Substitute Jordan Lukaku nutmegged his marker before sending a cross to Sergej Milinkovic-Savic, whose volley was saved by the legs of Salvatore Sirigu. But Manuel Lazzari picked up the rebound and teed up Parolo, whose finish took a deflection on its way in.