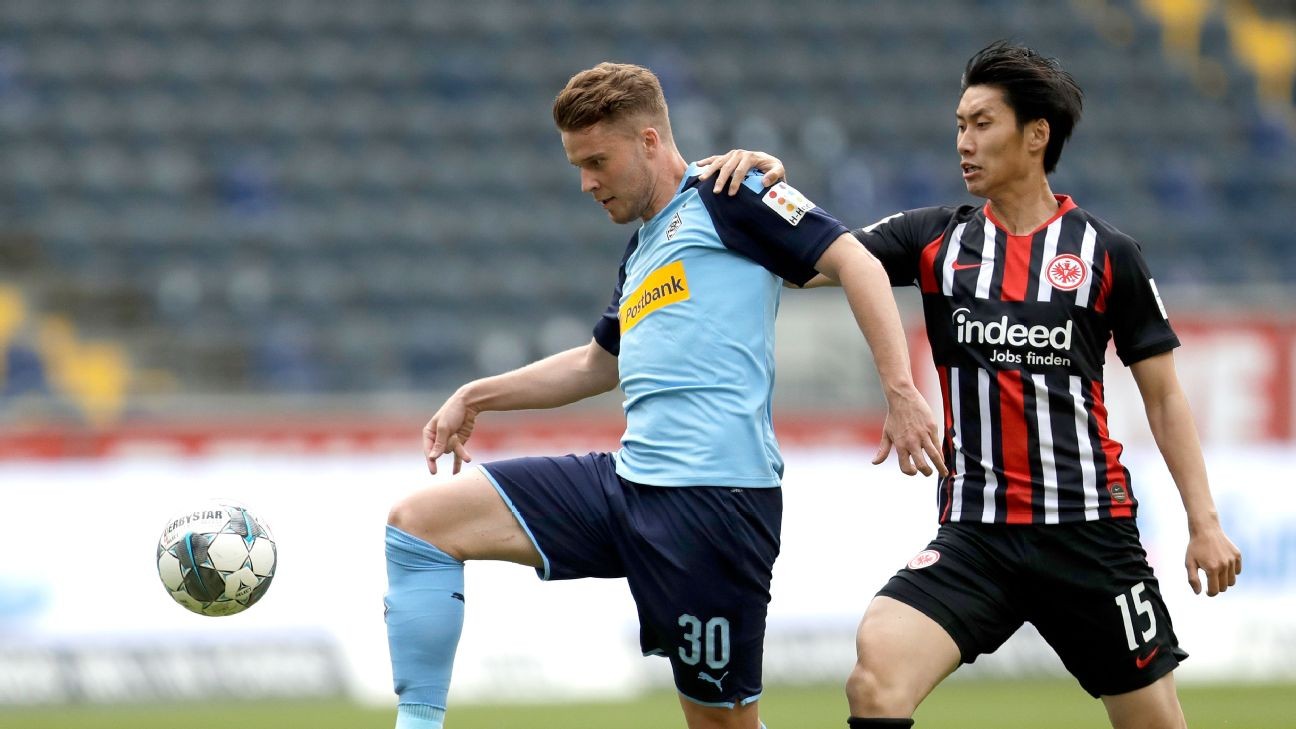 As the top flight of German football returned this past weekend, how did the Eintracht Frankfurt duo of Daichi Kamada and Makoto Hasebe, South Koreans Kwon Chang-hoon and Ji Dong-won, and Werder Bremen's Yuya Osako fare?

We take a closer look at the Bundesliga's Asian stars.

Kamada is enjoying a breakthrough campaign at the Commerzbank-Arena, featuring in 19 of Frankfurt's 25 league matches before play was suspended.

As the Eagles returned to action on Saturday, Kamada once again found himself in Adi Hutter's starting XI in a 3-1 loss to title contenders Borussia Monchengladbach.

With Frankfurt stunned after going two down inside the opening seven minutes, Kamada tried to get the hosts back into the contest and threatened in the 19th minute. He got behind the defence from Bas Dost's layoff and drilled a low ball past Gladbach goalkeeper Yann Sommer across the face of goal -- only to find that none of his teammates had gambled on a pass that would have led to a simple tap-in.

The rising star of Japanese football also had the first real chance of the second half in the 48th minute when he took on a defender after a run down the left and had an attempt that was deflected wide. He was replaced by Mijat Gacinovic with 12 minutes remaining.

Now one of the Bundesliga's elder statesmen, Hasebe continues to be a useful contributor for Frankfurt.

The former Japan star, who won the Bundesliga with Wolfsburg in 2009, was called on to replace captain David Abraham in the 74th minute against Gladbach on Saturday, taking the armband in the process and initially slotting into midfield, where he looked to get the hosts back into the contest with his composure on the ball and tidy distribution.

When Hutter decided to introduce Dominik Kohr nine minutes later, Hasebe's versatility came into good use as he dropped back into defence alongside Martin Hinteregger.

With suspicions that Abraham may have come off due to injury, Hasebe could be called upon to play a more prominent role in what will be a busy schedule in the weeks ahead.

Earlier on Saturday, Freiburg came up against RB Leipzig and -- like Hasebe -- Kwon found himself waiting in reserve.

Although Freiburg initially took a 34th-minute lead through Manuel Gulde's strike, Leipzig hit back when Yussuf Poulsen headed home an equaliser in the 71st minute.

With a point away against the title aspirants always going to be a decent haul, Freiburg coach Christian Streich opted to shore things up as the game entered its closing stages, meaning the more attack-minded Kwon was not called into action.

In only his first season in the Bundesliga, Kwon has shown glimpses of his quality with two goals already to his name in Freiburg colours, and should still have plenty of time to make a greater impact.

After joining Mainz on a free transfer last summer, Ji Dong-won's start to life at the Opel Arena was wrecked by injury. While he returned to fitness in time to take his place on the bench prior to the break in play in March, he had to wait until Sunday to finally make his Mainz debut against Cologne.

Starting on the right side of Mainz's three-pronged attack, Ji was determined to make a good impression although his touch let him down at times. He showed desire to do the dirty work for his time and earned a yellow card in the 37th minute as he dragged Cologne's Florian Kainz to halt a dangerous counterattack.

Ji was replaced in the 56th minute and his replacement -- Taiwo Awoniyi -- pulled one back nine minutes after coming on to spark a comeback as Mainz forced a 2-2 draw.

Osako led Bremen in scoring early in the season after notching three goals in as many games to start the 2019/20 campaign -- impressively equaling his entire tally from last term.

But it has been a downhill slide for Bremen overall and they are firmly entrenched in the relegation battle, five points behind third-from-bottom Fortuna Dusseldorf and potential safety.

The break in play could have been good for Florian Kohfeldt's team to regroup but they faced an in-form Bayer Leverkusen on Monday, and it was not a surprise that they fell to an emphatic 4-1 defeat.

Osako came on as a substitute in the 85th minute but could do little in that brief time. He now faces the prospect of a second relegation in three years after failing to beat the drop with Cologne in 2018.