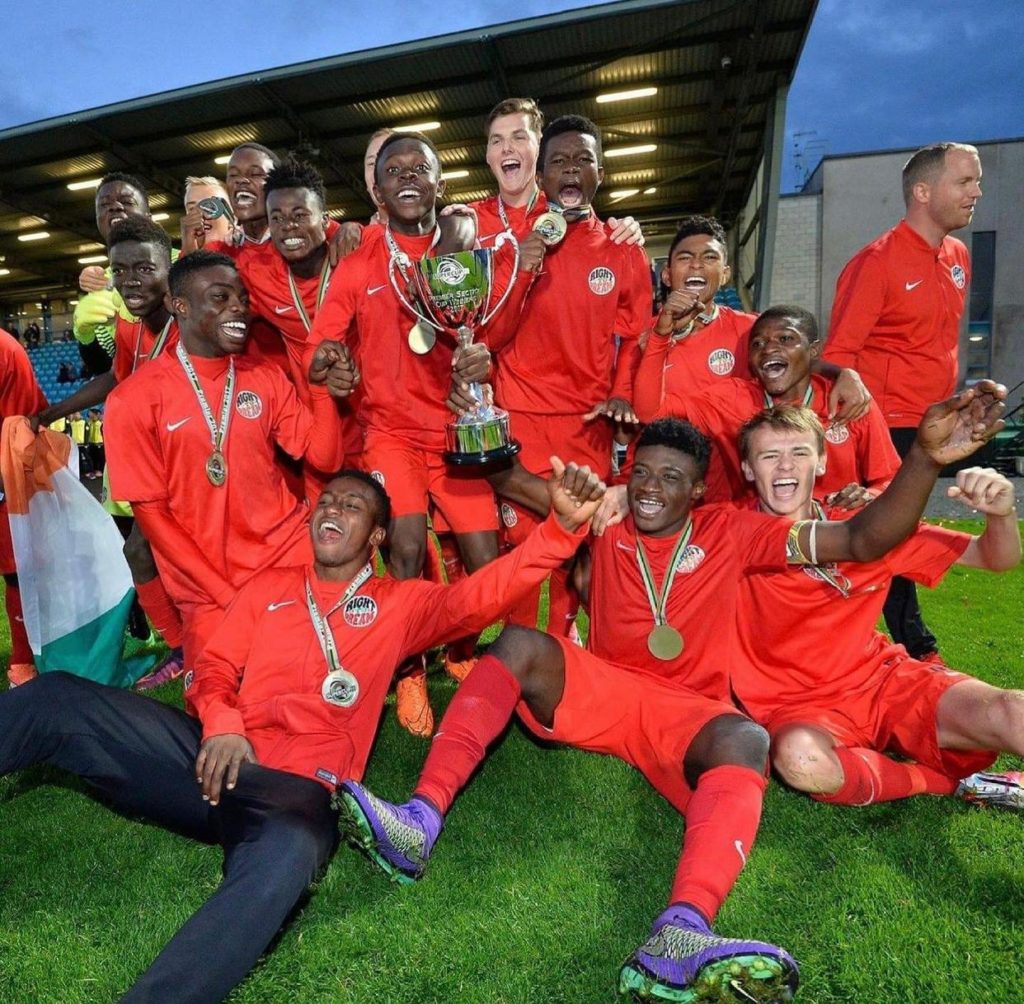 The name of the Danish talent Michael Damsgaard does not sound anything Ghanaian but the superstar who took the world by storm at the European Championship honed his talent in Ghana with some of our budding stars like Mohammed Kudus.

Damsgaard became famous and known by Ghanaians because of the wonderful goal he scored Denmark’s goal against England during the two teams' match in the semi-final on Wednesday.

The goal stunned tens of thousands of English fans who crowded the famous Wembley Stadium, which hosted the match on Wednesday evening which sparked frenzy to this bwin бонус blog post by kazinoekstra for more opportunities to celebrate their victory.

Damsgaard currently plays for the Italian club Sampdoria, which he moved to in January 2020 for 8 million Euros from the Danish club Nordsjaelland, owned by the Right to Dream group, which was founded in Ghana and operated in the West African country.

When the Ghanaian-British football scout Tom Vernon led the Ghanaian academy to buy the Danish top-flight side Nordsjaelland five years ago, Damsgaard was brought to Ghana to hone his talents at the Right to Dream Academy in Akosombo.

The move was meant to help the Danish youngster rub shoulders with some of the world’s best talents in youth football then that included Ghana star Mohammed Kudus, Ibrahim Sadiq, Clinton Antwi, Isaac Atanga, Abdul Mumin and others. 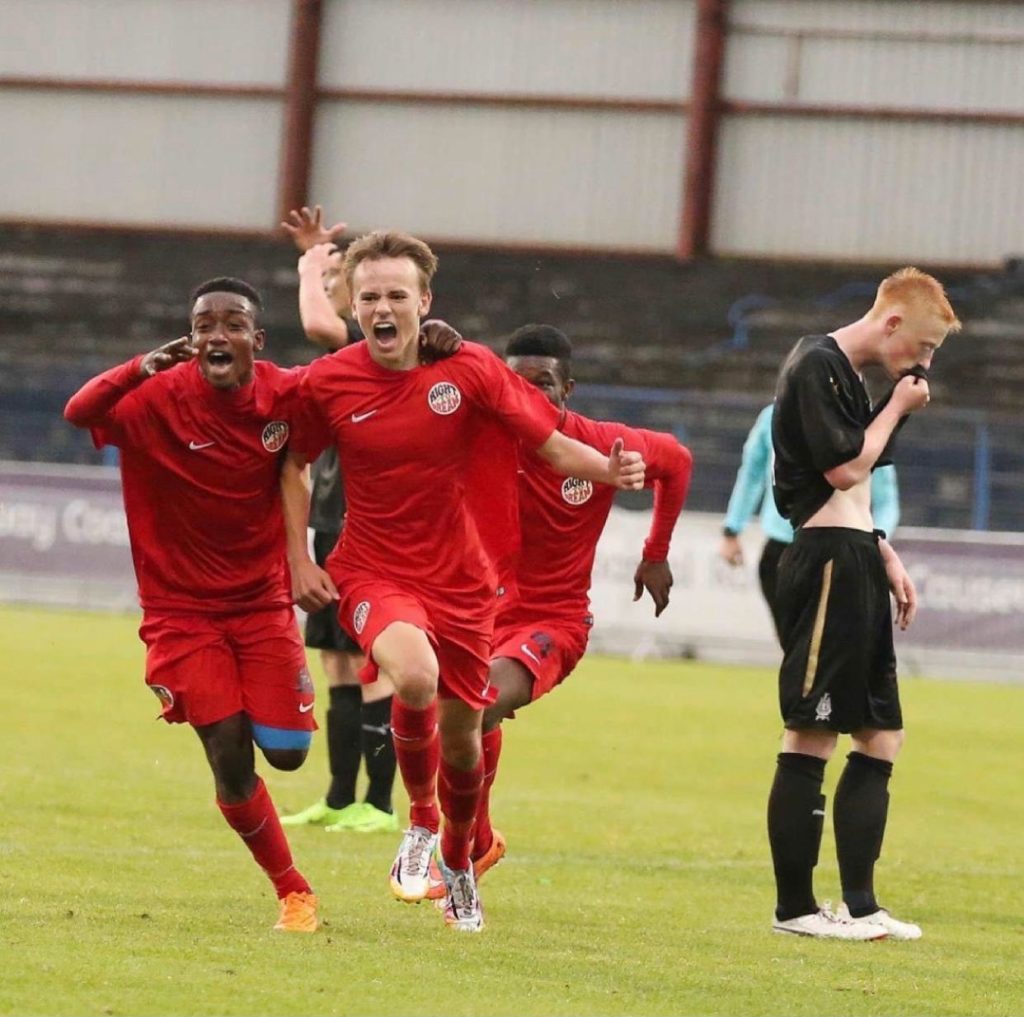 During his time with Right to Dream he learnt the Ghanaian culture while picking up some words from the Twi and Ga language which opened his eyes to African culture. 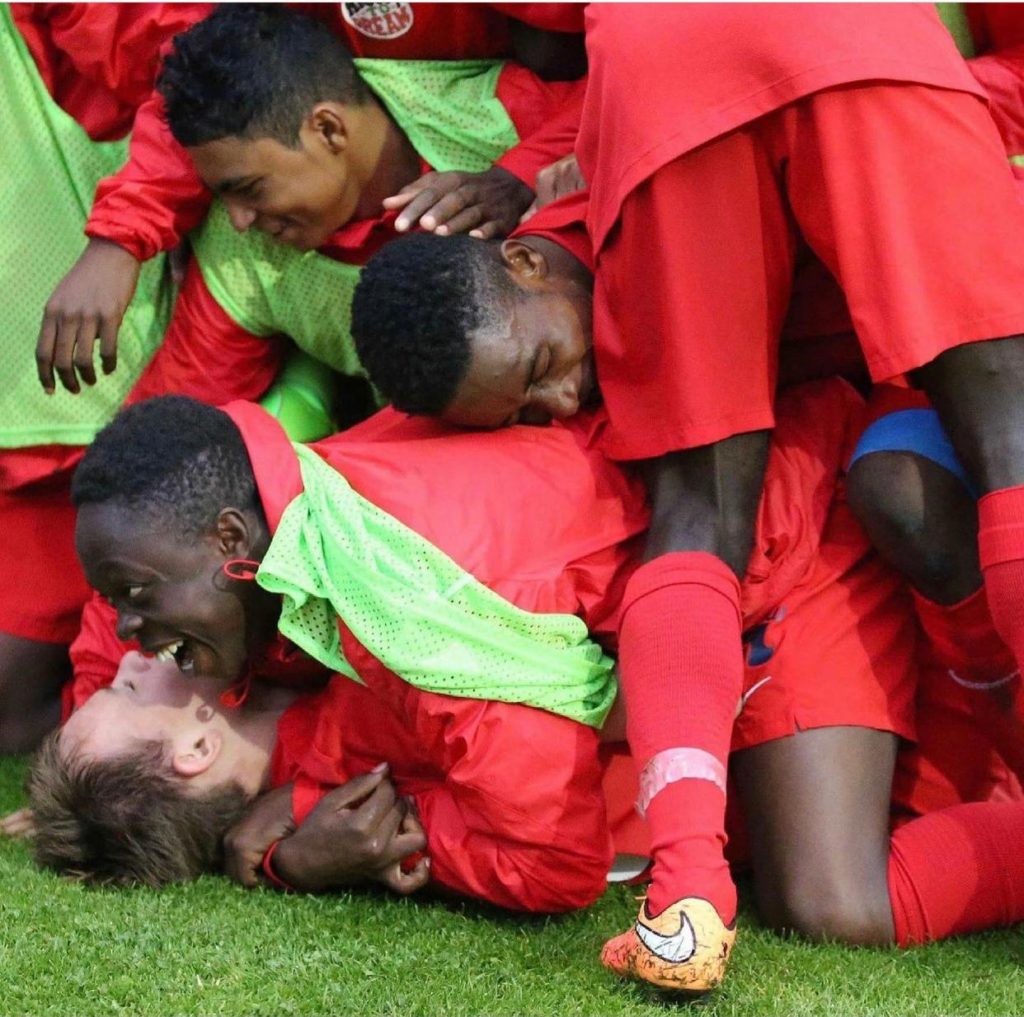 Right to Dream academy players mob Damsgaard after scoring for the Ghanaian academy in an international tournament
Damsgaard's contract with Sampdoria stipulates that Nordsjaelland will get 20% of his future transfer by the Italian club, which will undoubtedly generate large sums of money for the Danish club, especially after the player's brilliant brilliance with his country during the Euro competition.

Damsgaard participated with Denmark in 5 out of the 6 matches that the team played during the Euro competitions and managed to score two goals, the most prominent of which was his goal against England in the semi-final match with a missile strike, while his other goal was against Russia during the group stage in the match that ended with a 4-1 victory for the Danes.

Nordsjaelland is part of the Right to Dream Foundation, which opened its own has its academy in Ghana, and aims to reach 100 talents within 4 years in order to transfer them to their club in Denmark, similar to the Damsgaard experience. 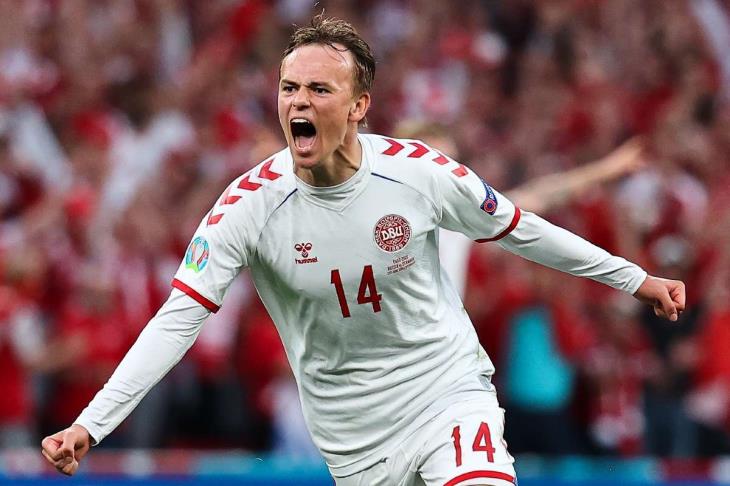 Michael Damsgaard celebrates after scoring the great goal against England at the Euros
Damsgaard had started his career with Nordsjaelland at the age of 12 before making his first match with the first team as a professional at the age of 17 and since then he played 84 games with the team until the beginning of 2020, during which he moved to the ranks of Italian Sampdoria.

And the president of the Italian club, Massimo Ferrero, confirmed in his statements after the player's brilliance against England that he will not allow him to leave the blue team unless a financial offer of no less than 40 million euros arrives, especially since the player is still at the age of 21 years.

And if Sampdoria manages to sell Damsgaard for an amount close to 40 million euros, this will mean that the Danish club will receive 8 million euros, which is a percentage of the resale.