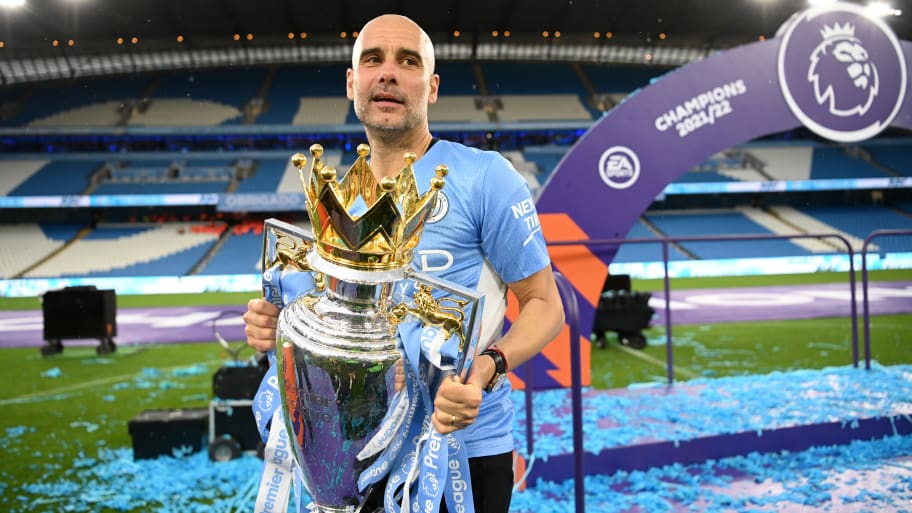 Manchester City have been around since 1880, originally known as St Mark's after the church that founding members belonged to, and have been part of the Football League since 1892.

They have even won English league titles in the 1930s and 1960s, long before the start of the Premier League era. But their consistent success has been much more recent.

City have been a top-flight club for most of their history, aside from occasional spells yo-yoing between divisions, notably just after the Second World War, in the 1980s and 1990s/early 2000s.

Having fallen as far as the third tier for a season in 1998/99, producing one of the most iconic moments in the club's history in the playoff final against Gillingham at Wembley, City have consistently been a Premier League club since their most recent promotion in 2002.

Investment following the Abu Dhabi takeover in 2008 has taken the club to unprecedented levels.

How many times have Man City won the Premier League?

Manchester City saw gradual progress after the takeover, improving year on year after finishing 10th in the first season of the new ownership to claim their first title of the Premier League era - and first top-flight title since 1968 - with virtually the final kick of the 2011/12 season.

The title looked as though it had slipped out of City's grasp against QPR on the last day, but for very late goals from Edin Dzeko and Sergio Aguero to turn defeat into victory and snatch the trophy away from local rivals Manchester United.

With Roberto Mancini later replaced by Manuel Pellegrini, City followed that up with another Premier League title in 2013/14 when they pipped Liverpool to glory.

A mini-drought followed, but Pep Guardiola's second season in charge delivered a record-breaking title in 2017/18 in which City became the first English club to amass 100 points in a single top-flight campaign.

The 'Centurions' retained the Premier League trophy under immense pressure from Liverpool in 2018/19, finishing just one point ahead on 98 and winning 14 consecutive games from February until the end of the season.

The competition was much easier in 2020/21 when City cruised to victory 18 points ahead of second place Manchester United. The 2021/22 title bore similarities to three years earlier when Liverpool again ran Guardiola's team all the way, but again finished just a single point clear.

This article was originally published on 90min as How many times have Manchester City won the Premier League?.