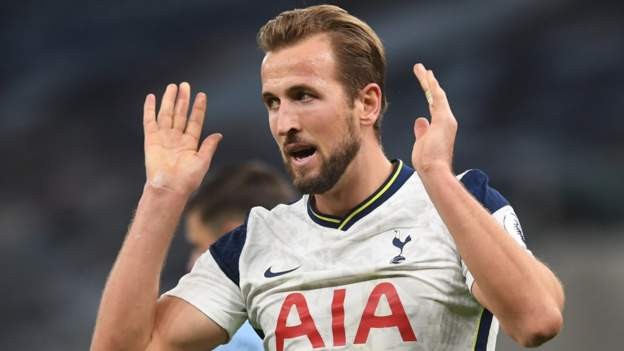 The Tottenham players will be absolutely fuming with themselves after their late collapse meant they only drew with West Ham on Sunday.

There had been so many positives from the way they had built up their 3-0 lead, with Harry Kane again playing a starring role, but all that good work was wasted when they could not see the game out.

Yes, Spurs will feel hard done by, because the free-kick that led to Manuel Lanzini's brilliant 94th-minute equaliser should not have been given.

But ultimately, if you are 3-0 up in any game with under 10 minutes to go and you don't win, you only have yourself to blame.

When Tottenham went forward in the first half, they were a pleasure to watch.

The whole Spurs team played on the front foot with great creativity. They were so incisive, they easily opened up a West Ham team that are usually so well drilled at the back.

Jose Mourinho has lots of attacking players at the top of their game but Kane just looks remarkably good at the moment. He was fresh, hungry, sharp and clever on Sunday - and West Ham did not know how to deal with him in the first half.

Yes it helped that the Hammers were all over the place in the first half hour - their communication was bad so they did not know who was picking Kane up, and there was no pressure on the ball - but he certainly made the most of that.

What has changed about Kane's role?After five games, Kane has already matched his best total of seven Premier League assists from the 2016-17 season

Kane has always been more than just a traditional number nine, because he has always had wonderful vision.

I think what he is doing differently now is that he is becoming more deliberate at deciding when to come deep - which is when the space is there, and also in the moments when he can hurt the opposition the most.

So, when West Ham's two centre midfielders, Declan Rice and Tomas Soucek, went too high he kept finding a pocket of space behind them that he knew their back three couldn't come into, because Son Heung-min and Steven Bergwijn were deliberately staying much higher up the pitch.

He mixed up his game based on what the opposition were doing, which is the sign of a really clever footballer, and his decision-making is just perfect at the moment - it has been since the start of the season.

Kane (circled, with ball) found space deep in his own half before releasing Son for his run (arrow) for Tottenham's first goal

The best example of any Premier League player who did that is Teddy Sheringham, who knew when to drop in, and when to stay high and play as the target man.

Like Teddy, Kane has found a lovely balance now too between playing as the playmaker, the number 10, or a traditional centre-forward, the number nine.

Graphic showing the average position of the Tottenham (l) and West Ham (r) players, when they touched the ball. Son Heung-min (7) and Steven Bergwijn (23) were both higher up the pitch than Kane (10), who was looking for spaces left by Hammers duo Declan Rice (41) and Tomas Soucek (28)

He doesn't always come deep to link play like he did when he set up his side's first goal - we saw that with the way he scored the next two himself.

To be as good as Harry is at both is very rare - the variety in his game makes him one of the best strikers in the world.

A goalscorer and creator

I don't see Kane as more creator than goalscorer now, because what he does will depend on what is happening in each game.

Spurs do not have a playmaker in the Christian Eriksen mould anymore, but they do have Tanguy Ndombele who can make those kind of passes too.

Kane heads home Tottenham's third goal against West Ham, his fifth in the Premier League of 2020-21. In nine games this season in all competitions, he has scored 10 goals and made eight assists

The reason Kane is making more assists than ever before is because of how the Tottenham team is set up now, with their wide attackers a bit narrower, and closer to Kane, than they were before.

Son, for example, may start on the left wing, but a lot of the time he is effectively playing as a striker.

The beauty of Tottenham's forward line is that they have the ability to adapt and I think we will see Kane continue to play different roles in the weeks to come, changing his game to suit the occasion.

Harry Kane made 70 touches against West Ham and only two of them were inside the West Ham area. One of them was his header for his side's third goal

We know he can manipulate play from deep but sometimes he will be up there holding the ball up, and he can also get in the box and get on the end of headers.

Rather than consciously thinking that he needs to do more of one thing - like making chances, for example - I just think he is getting better and better at all of those different parts of his game as he matures, and also at knowing how he can manipulate the game best.

When Kane put Spurs 3-0 up after 16 minutes, it looked like the game was done and dusted. It should have been.

They got too comfortable in the second half, which is dangerous, but let's give West Ham some credit too for showing some resilience and hunger to get back into the game - they took a risk and threw men forward, and it paid off.

The first two goals that Spurs conceded were disappointing for them because one was a set-play and, for the other, Lucas Moura lost his man. He had just come off the bench and was not fully focused and into the rhythm of the game.

But the third goal by Lanzini was unbelievable. An absolute worldy of a strike. There was not much they could do about that.

Before then, Spurs had chances to seal it when Kane hit the post at 3-0 and then, at 3-2, Gareth Bale went through but missed by an inch.

Everything was starting to go West Ham's way and Tottenham's mindset changed so that they were on the back foot.

We sensed watching it in the MOTD2 production office that a third Hammers goal was coming - although nobody could know it would be such a spectacular strike.

Strike was a great moment - Moyes

It goes down as an opportunity missed for Spurs, because the win definitely should have been theirs, but I would not judge them, or indeed their prospects for the season, based solely on this result.

There have been plenty of encouraging signs in previous weeks, but other reminders that they are still a work in progress: So I would not say they are frail at the back just because they have lost a 3-0 lead - more that there were already question marks around their defence which have not gone away.

I still think the top four is a realistic aim for them but any talk of title challenges is very premature. That wouldn't have changed even if they had held on to beat West Ham.

Newscast: Is it time for a national 'circuit-breaker'?Sir David Attenborough: What impact has Covid-19 had on the climate?