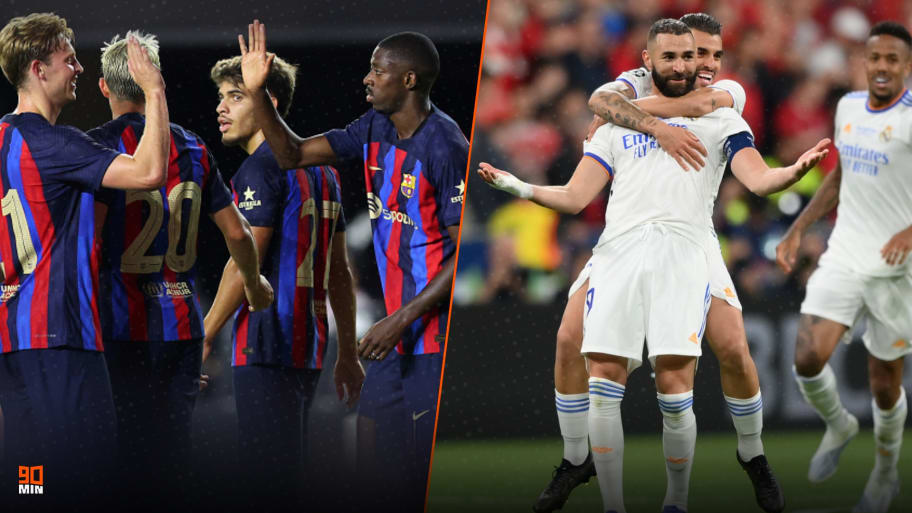 Bitter rivals Barcelona and Real Madrid square off in Las Vegas on Sunday for a glamorous pre-season Clasico.

Real are the team to beat in Spain following their La Liga and Champions League triumphs last season, but Barça have been busy recruiting new talent during the transfer window as they look to challenge again.

Sunday's clash in the United States is set to be a star-spangled affair and here's what you need to know.

The big new for Barcelona is the potential debut of striker Robert Lewandowski, who's just completed his transfer from Bayern Munich.

Gerard Pique and Ferran Torres will hope to get some minutes having missed the 6-0 victory over Inter Miami, while Raphinha - who starred in that friendly - will likely get another runout following his move from Leeds.

New signing Antonio Rudiger will hope to slot into central defence, meaning one of Eder Militao or David Alaba could play out of position or drop out of the starting XI.

Aurelien Tchouameni is another fresh face who will hope for some minutes in Real's stacked midfield, while heavy hitters Karim Benzema and Vinicius Junior are included in the touring squad.

Clasicos are entertaining at the best of times, but adding in pre-season and Las Vegas to the mix could take events to a whole new level of chaos.

Real are the favourites following their exploits last season, but expect plenty of goals.

This article was originally published on 90min as How to watch Barcelona vs Real Madrid pre-season friendly in USA.