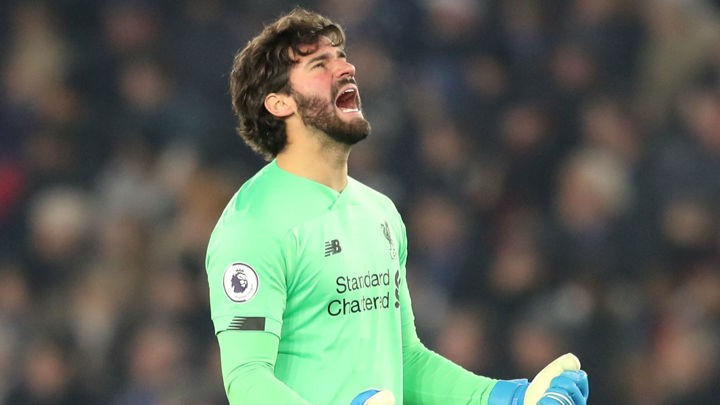 Liverpool goalkeeper Andy Lonergan has been singing the praise of Alisson, with the Reds’ No.1 considered to even better than many give him credit for.

In the eyes of a club colleague, the Brazil international is now “technically the best” in the world.

Few would argue with that claim given all that the 27-year-old custodian has achieved over recent years.

After proving his worth in Italy at Roma, Alisson briefly became the most expensive goalkeeper on the planet when Liverpool invested £65 million ($79m) in securing his signature.

That show of faith has been richly rewarded, with Jurgen Klopp finding the reliable last line of defence that the Reds have been crying out for.

Alisson has landed a Golden Glove and Champions League crown during his time on Merseyside, while also pushing Liverpool into Premier League title contention.

Many consider him to be the finest exponent of his chosen position, with Lonergan very much part of that camp.

The 36-year-old, who has spent the 2019-10 campaign working alongside Alisson, told LFCTV: “Me and Kirky [Chris Kirkland] speak about him with other goalkeepers and I say ‘However good you think he is, he is better than that’.

“You watch him on a Saturday or in the Champions League and you think he is brilliant, but there’s just so much more to it than that. He’s technically the best.

“Everything he does is the best but his mentality and his sort of calmness... I can’t put into words how good he is. It’s just a joy to be part of the squad that he’s involved in.”

Alisson is currently waiting on a return to competitive action amid the coronavirus pandemic.

Liverpool are in training once more, with all medical advice being followed, and Lonergan is enjoying being back at work after a period of enforced rest.

He added: “It’s been brilliant. It’s obviously strange with the procedures that you have to go through to get on to the training pitch, but once you are on the pitch as goalkeepers you are working at a distance and it’s safe enough anyway so it’s back to normal. No settling in period, just straight into it.

“There is me and Alisson and the two goalkeeper coaches on one pitch, four or five on the other and the other half of the squad come in an hour or two later.

“When everything has been cleaned up and disinfected, then they come in so that’s how it’s working at the moment.”