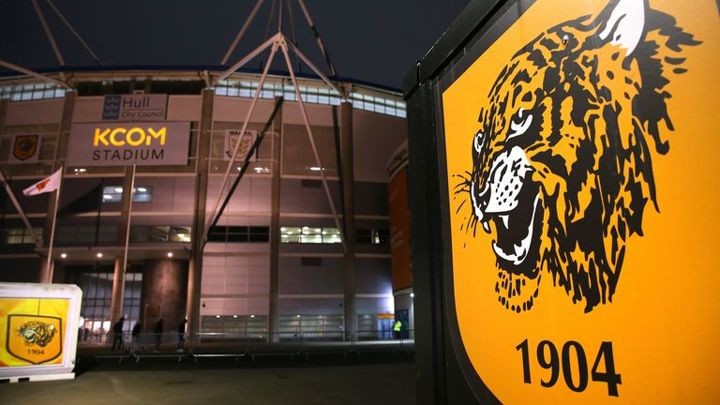 Two individuals from Hull have tested positive following the first round of coronavirus testing in the Championship.

The initial testing of Championship players, coaches and backroom staff took place on Thursday and Friday, with second-tier clubs due to resume training on Monday.

Hull confirmed the two people would now self-isolate for seven days - in line with the EFL's protocols - before being tested again and a possible return to training.

A club statement read: "Hull City can confirm that two people have tested positive for COVID-19 following the first round of testing at the training ground.

"Medical confidentiality means the names will not be disclosed, and the Club asks for this to be respected."

The English Football League [EFL] confirmed that 1014 players and club staff from all 24 Championship clubs were tested.

An EFL statement read: "The EFL will continue to make regular and relevant announcements as appropriate in respect of the testing programme to support competition integrity and transparency."

The EFL outlined on Friday they would adopt a "flexible approach" in their finalised Return to Training Protocols (RTT), including the option for players to self-test for coronavirus.

The Premier League revealed two further positive cases from two different clubs on Saturday, including a Bournemouth player, after their second batch of testing.

A total of eight positive cases have so far been returned from 1,744 tests across the opening two rounds of mass testing in the top flight, which include players and club staff.

Leeds chief executive Angus Kinnear claimed it would be a "national embarrassment" if England's top two divisions could not complete their seasons while major leagues across Europe return to action.

The Championship leaders, who are seven points clear of third-placed Fulham, are eager to complete the campaign on the pitch, even if curtailment would see them secure promotion on a points-per-game basis.

There is currently no testing programme for League One clubs, with their season set to be decided on unweighted points-per-game, and therefore they will not be able to return to small group training on Monday.

League Two clubs have already "unanimously indicated" they wish to end their season, but the EFL board has described maintaining relegation as "integral" to preserving the competition's "integrity".