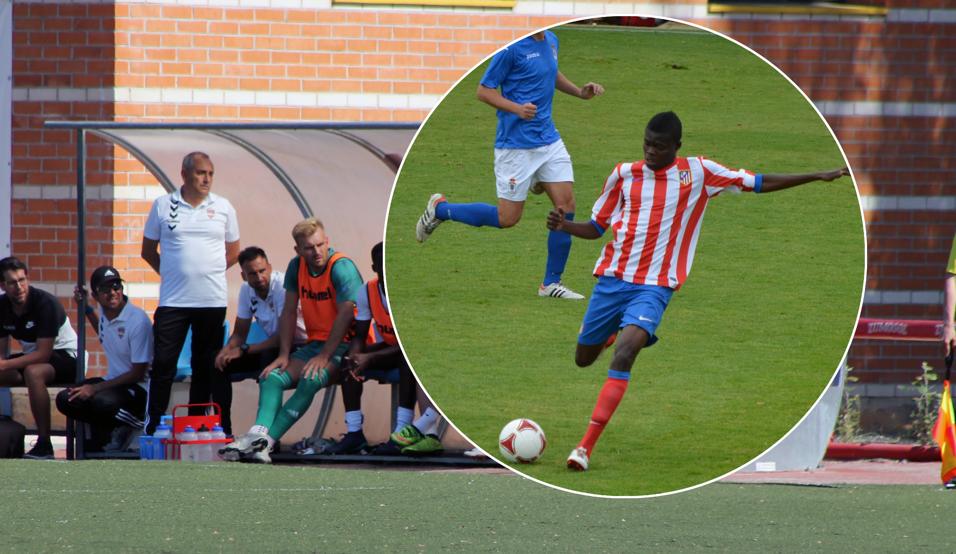 Former Atletico Madrid youth coach Javi Baños has eulogized the humility of Ghana international Thomas Partey, claiming that he recognized the midfielder's talent from the moment he saw him at the club's academy.

The versatile midfielder joined the Rojiblancos youth set-up as a teenager during the 2012 season.

After making 28 appearances for the side's B team, Partey was shipped out on loan to Real Mallorca and Almeria before returning to the club in 2015.

The 26-year-old has never looked back since making his first team debut in the 1-0 win against Espanyol in 2015 - going on to become a key cog for Diego Simeone's men.

However, one man who oversaw the steady growth of the Krobo Odumase-born enforcer's time at Atletico Madrid was Javi Baños.

According to Baños, he made a one-time decision to sign the Ghana international after one training match, and he has never regretted the decision.

“He came to the test of Atlético de Madrid , we tested him in a friendly against Getafe and at the break I tell Manolo Romero , head of scouts, to call Julián Muñoz , director of the academy, because this boy is a First Division player. You have to sign him now," he explained to MD.

“He is such a humble and grateful player that he has been growing little by little and he was seen to be up. He plays well or badly always gives the maximum. He gives everything every minute he is in the field. He has always made his way to work, work, work ... And right now he is a top player. A footballer who is usual to see him in the Champions League . He has already played a final ... it's amazing. ”

"No doubt Thomas is a different footballer. Very humble, a humility that has left marked the coach who now directs the Alcobendas Sport. “I am very interested in the attention that came at the end of each training to shake hands and thank me for the training I had received. The first time I was very surprised ”, to which he adds“ you will never see a bad face for taking a picture with anyone, or an autograph. The time it takes is wasted with the fans. It is a '10' as a person.

Earlier this week, Partey acquired a stake in Alcobendas Sport where Javi Baños is the head the coach.

"We are not accustomed. It's unusual to see him enter the locker room to cheer up the boys. That gives us a lot of confidence. That a First Division player comes here says it all about both the player and the project and that is very important. It would be important for more than one professional to join such projects, ”said the coach.