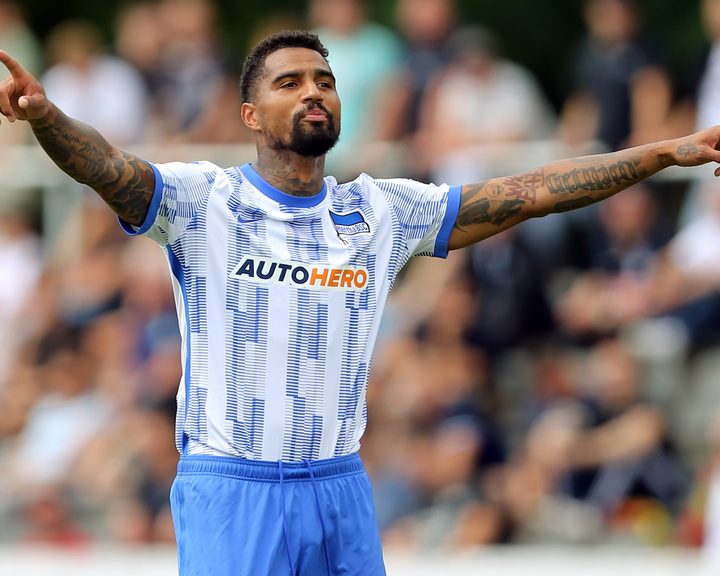 Kevin-Prince Boateng says he's not a 'finished article' yet after helping Hertha Berlin return to winning ways following a 1-0 success over fellow strugglers Augsburg at the weekend.

Boateng, 35, inspired the side to coast to victory at the WWK Arena on Sunday.

Amid growing criticism over his lack of first team action due to recurrent injuries, the Ghanaian forward has stated that he is happy and has more to offer after helping Hertha record a vital win against Augsburg over the weekend.

"I've always said: I'll give it my all and I've been training hard for the past few weeks and today I was rewarded. The coach said he needed me and I think I did quite well." he said.

Boateng, who had won 86 percent of his duels against Augsburg, took a bold approach on Sky.

"I don't look like a player who's already finished. I'm just happy, there was so much criticism against them The team and myself as well. The win was just mentally important for us."

Boateng was also happy about Magath's trust after meeting him before the game against Augsburg.

"The coach came up to me yesterday and asked me, a bit jokingly, where I would like to play. I said I'd like to play in the ten, that's my favorite position - and then he put me there and said, 'Do your thing , pull the team along, organize everything. He put me in charge and I think - no, I know - that we did quite well."

Boateng revealed he wasn't happy after getting substituted in the 68th minute.

"I was a bit sad, but he said it was for next week." Then it's off for Hertha against Stuttgart (Sunday, 5.30 p.m.) for the next basement duel. "So I hope that I can play again then," he ended.