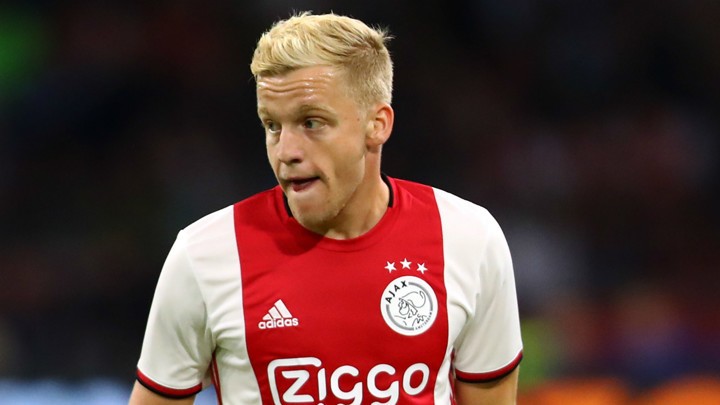 Donny van de Beek admitted that the idea of playing football in the Spanish sun is appealing, but suggested that he was in no rush to seal a move to Real Madrid.

The Ajax midfielder came to prominence alongside the likes of Matthijs de Ligt, Frenkie de Jong and Hakim Ziyech during the Dutch side's thrilling run to the Champions League semis in 2018-19.

Big-money moves then followed for De Ligt and De Jong to Juventus and Barcelona respectively, while Ziyech will complete a switch to Chelsea this summer .

Van de Beek, however, is yet to leave Amsterdam, despite reported strong interest from Zinedine Zidane's Merengue and the midfielder is happy to weigh up all his options before committing to a transfer.

“My feeling must be good at a club. How much do they want me?" Van de Beek signalled to Helden .

"But I also have to fit in with the system that is being played and of course I also want to have an overview of playing minutes.

“Playing in the sun is always nice. But no, I certainly haven’t started taking Spanish lessons yet.

"I have not said yes to anyone, everything is still open. I know what I've got here, I am loved in Ajax and I love Ajax."

Manchester United have also been linked with the 22-year-old and, while he may not enjoy quite as much sun up in the north of England, Van de Beek could be tempted by the challenge of reviving the fallen giants.

But his coach Erik ten Hag emphasised back in February that he retains hope of keeping him in the Eredivisie, with Ajax engaged in a fierce battle to retain their title when the Dutch top flight was halted due to the coronavirus pandemic.

"I do not think so [that he will leave]," Ajax boss Ten Hag told reporters in a press conference convened prior to his side's Europa League defeat at the hands of Getafe.

"He has had a great evolution and has attracted international attention. There are players who are in the spotlight and then things change."

Ten Hag added: "Donny van de Beek has had a stormy progression the last months. A lot of big clubs noticed this.