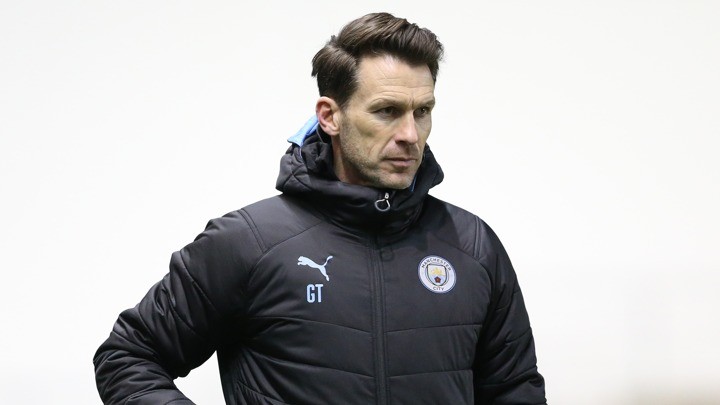 Manchester City's new manager Gareth Taylor is confident he can continue to bring success to the club in his first ever senior role.

The 47-year-old was announced as the club's new head coach on Thursday, after spending eight years coaching within the academy. He will replace Nick Cushing, who left for New York City FC back in February, and has spoken to his predecessor about the job as he aims to build on the incredible foundation he left behind.

"He’s been a brilliant soundboard for me to use in this period and I’ve had to be sensitive to phone him or voice calls or Facetime calls, particularly him being in New York and the different time zone.

"He just painted a really good picture for me, and having had that backed up by Gavin [Makel, City's Head of Women's Football], and speaking with Alan [Mahon, Cushing's former assistant] and certain staff within the women’s group, it was a no-brainer for me, and I was really excited about it.

"In terms of my coaching philosophy and style, it’s an important thing to me. We want to play winning football but we want to win with style and a bit of class, and there’s many, many influences.

"I’m an evolving coach - I have some fundamental morals or things that I really hold dear to me - but I certainly feel that if I’m still the same coach in five years, then I will be very disappointed in myself.

"[I have] many influences, from really good people within the academy. I’m a real big fan of the first-team manager [Pep Guardiola]. [I'm] so fortunate to be able to gain a glimpse of that on occasions and get some interaction with him.

"Rodolpho Barrell, who was my head of coaching who’s now working with Pep, and Jason Wilcox - there’s some really good people at [City Football Group]."

Taylor's appointment was something of a surprise to some given his low-profile within the game overall, having spent his career so far within City's academy.

However, while football has been suspended due to the coronavirus pandemic - and the Women's Super League, which City were leading, abandoned - he has been brushing up on his knowledge of the women's game, which was already something he thoroughly enjoyed.

"It was always something I took an interest in," he says.

"If you understand the life of a coach, we watch any game. Youth team, first team, no matter what. I’ve been watching a hell of a lot of our previous games, probably every England game for the last two years, and focusing on our international players and their national games.

"Even games which haven’t involved our players. I’ve really enjoyed the process, [I've] been crazy mad writing notes. I had good conversations with Nick on this. He was going into MLS a little bit blind and it gave him an opportunity to study MLS online, so it’s been quite similar for both of us."

Taylor won't get the chance to work with his new players straight away, but he's looking forward to doing so when the health and safety allows it.

With his background in developing youngsters, he should fit right in to what the club want, but he will also have to adapt to the challenge of working in a results-based business for the first time. However, it's a challenge he's ready for.

He said: "I do believe in developing people as well as developing players. It’s a really good step up for me.

"I’m under no illusions that I need to be successful, I’m confident I will be. But I’m not a lone ship. I’ll need the help of people around me."