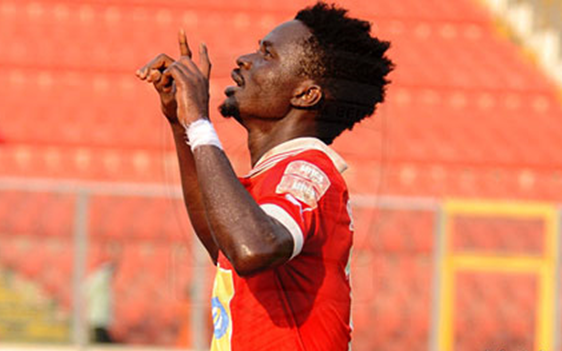 Former Asante Kotoko winger Richard Mpong says he decided to leave the Kumasi-based club because of then-head coach David Duncan, who did not treat him well.

Mpong revealed how David Duncan sidelined him because he was brought to the club by Didi Dramani.

According to him, the club offered him a two-year contract extension when his contract expired in 2016 but rejected it because of Duncan.

“I was sidelined by coach Duncan and not even was I given the chance to play ceremonial games," he said.

“So I requested for termination of the contract because my career was vital to me.

“My three years contract with the club had expired and I was offered two more years extension.

“But I wrote to the club to terminate the contract since I had not been paid any entitlements by then.