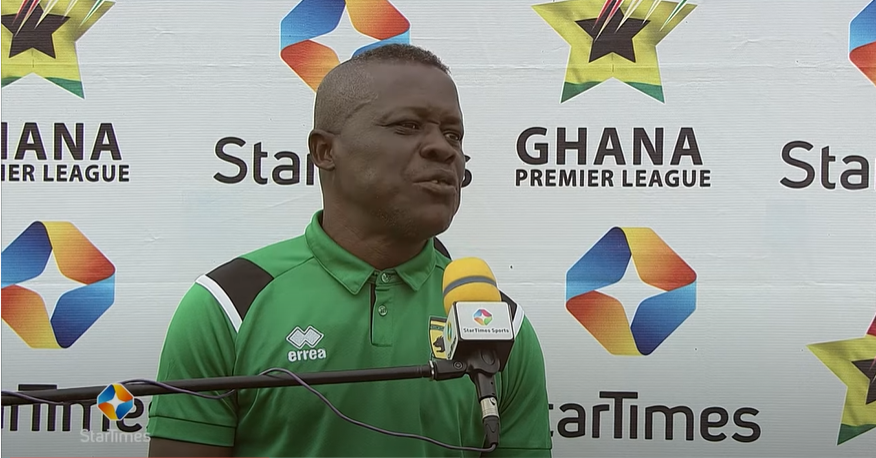 Asante Kotoko interim coach Johnson Smith has revealed the secret behind his side's important victory over Dreams FC was applying intense pressure on their opponents.

The Porcupine Warriors ended a turbulent week on a high with the 1-0 win over Dreams at the Theatre of Dreams in Dawu.

But the off-the pitch issues did little to affect the team on Sunday, with Johnson Smith insisting the pressure on the team served as motivation which was also applied in the game to ensure victory was secured.

"I put in pressure," he replied when asked what he put into the game after the match. "Only pressure, I pressurized them to put in pressure and win and any goal counts. Whether we win 1-0 or 2-0," he added.

Ibrahim Imoro netted the only game of the game with a scorcher in the 20th minute.

"It's not a bad game, we were playing an away game and whenever Kotoko plays any team, they raise their levels," he said.

Asante Kotoko will next play Al Hilal in the CAF Champions League on Wednesday.