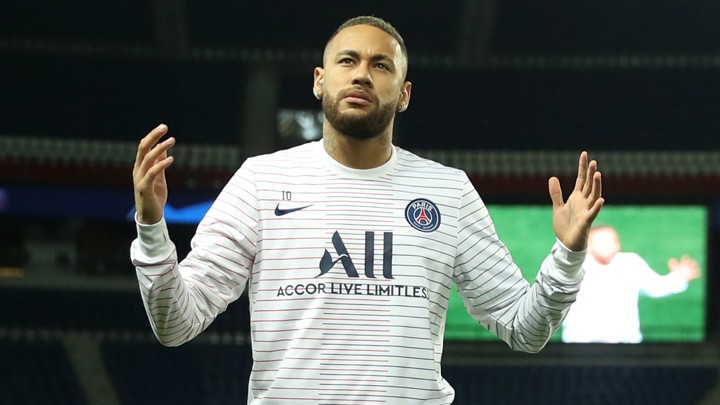 Roberto Carlos revealed he would have liked Brazil star Neymar at Real Madrid a "long time ago".

Neymar joined Paris Saint-Germain from Barcelona in 2017, but has been linked with a return to Camp Nou and a possible blockbuster switch to Madrid.

Carlos, a Madrid and Brazil great, said he wanted Neymar at the Santiago Bernabeu long ago.

"If it were up to me, [Neymar] would already be here a long time ago, but life is not how one would like it," Carlos told Fox Sports Radio.

"These great players always have to play for the best clubs in the world. Real Madrid today is a reference for any player.

"Do you want to win the Champions League? Come to Real Madrid."

Current Real Madrid midfielder, Casemiro, also recently declared his desire for Neymar to join him at the Santiago Bernabeu.

“I wanted Neymar to come to Real Madrid, I speak to him almost every day, he's a great player," Casemiro told Onda Cero.

Carlos won four La Liga titles and three Champions Leagues with Madrid, while he was also a 2002 World Cup winner with Brazil.

Madrid's current left-back, Marcelo, has been out of favour with Brazil, with his last international appearance coming at the 2018 World Cup.

Carlos hopes the 31-year-old can eventually make a return for the national team.

"Everyone deserves a new opportunity and I think Marcelo is growing again to be the Marcelo I saw play, with joy, who does things that only he can do on the field," he said.

"I hope he returns to the national team and disputes the position with Filipe [Luis], Alex Sandro and Renan Lodi."

Real Madrid sit second in La Liga this season, two points behind Barcelona, with the competition suspended indefinitely due to the coronavirus pandemic.

"The RFEF and La Liga agree the suspension of professional soccer competitions until the competent authorities of the government of Spain and the general state administration consider that they can be resumed and this does not pose any risk to health," an RFEF statement read.

"Both the RFEF and La Liga want to show their greatest public gratitude to all those who are dedicating their best efforts to provide essential services to Spaniards, and we also wish to show our sincere remembrance for all the deceased and a warm embrace from the world of soccer for all families that are losing loved ones."