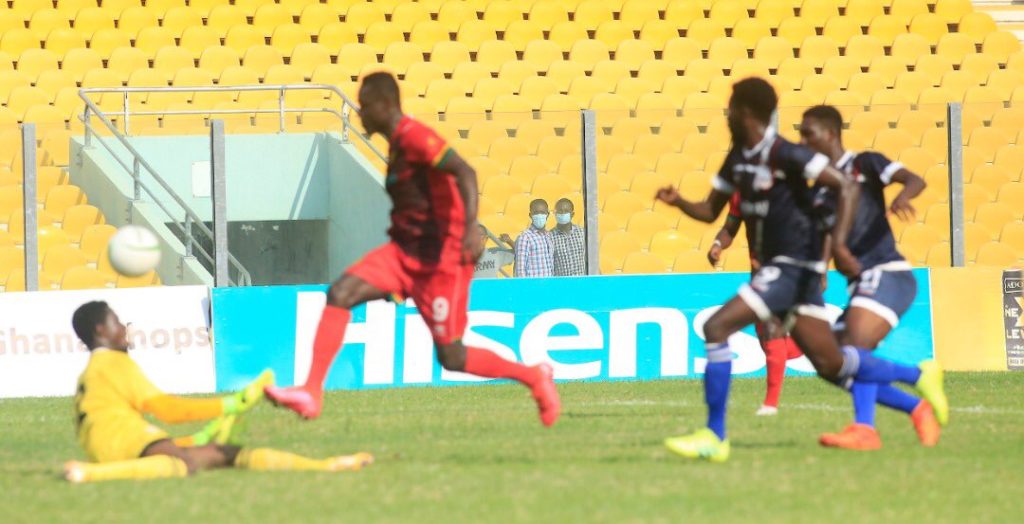 The powerful forward bagged a brace as the Porcupine Warriors defeated the Scientific Soccer Lads in Accra, but it was his second on the day that grabbed the headlines.

Poku was found by a long pass from Brazilian midfielder Fabio Gama, and the striker cooly controlled the ball with his chest before displacing two defenders and brilliantly lobbing the ball pass the Liberty goalie.

After the game, the Man of the Match explained he learns a lot from football great Lionel Messi.

“I watch videos of Lionel Messi a lot and I try to implement some of his skills on match days and it worked for me today,” he said after the game.

Kwame Poku has now scored five goals in seven Ghana Premier League games for the Reds since joining during the transfer window from Nkoranza Warriors.