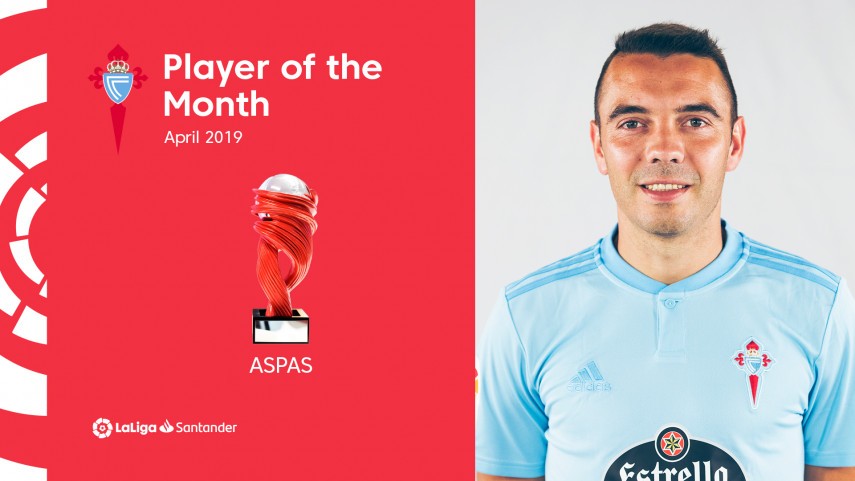 RC Celta star Iago Aspas is the LaLiga Santander Player of the Month for April. With their survival in LaLiga Santander all but secured, the Celestes have the Spaniard to thank for their impressive recent form since returning to the side from injury.

During the last month they managed two wins, two draws and just one defeat. Aspas found the net on four occasions, including a double in a 3-1 comeback win over Real Sociedad. He also provided four assists, meaning he played a part in eight of the nine goals scored by his team.

Iago Aspas will be presented with the award in front of fans at ABANCA Balaidos before RC Celta's match against Rayo Vallecano this Saturday 18 May at 20:45 CET.